Does ISIS Have Nukes?

The following video and text don’t supply an answer to that question.

The author of the text (which is in German) is purportedly a former member of the Islamic State who wants to warn the West that ISIS possesses four nuclear devices, and plans to use them against the United States, Russia, France, and Germany. What he says may well be a hoax, or more specifically, deliberately planted disinformation to achieve particular political ends. I can think of several Great Powers who would find it useful to disseminate the fiction that ISIS is ready to use nuclear weapons.

However, it could also be true. If it is, you may be sure that the intelligence services of Russia and the major Western powers are well aware of it. As the ISIS defector points out, the West has moles inside the highest levels of the Caliphate. 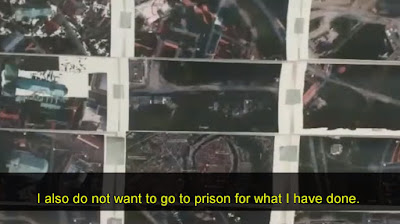 Before making this video, Vlad and I discussed the pros and cons of whether we should publish this material. After all, it serves the propaganda interests of the Islamic State to have this sort of thing disseminated. On the other hand, if it turns out to be true, and a mushroom cloud were to light up Berlin or Paris next week, we would have been remiss not to have put the information out.

So here it is, but with a huge CAVEAT: We have no idea whether the information given in this video and text is authentic. Listen to it or read it, and make your own best judgment.

The video and pdf were originally published by Netzplanet, which is also unable to confirm the authenticity of the story.

The text read out in the video and the text of the pdf are the same. Many thanks to Nash Montana for the translation, and to Vlad Tepes for the subtitling:

To be honest, it almost has to be hoped that they do possess and will use such devices. If not they will continue and the West will continue to submit. Only if enough, and hopefully in a "liberal" enclave, people are murdered will the world stand up and act. As I see it, and unlike the Jews, Arabs will be around until the end times. Muslims need not exist for another day. There were no muslims when that tract was written. I see no reason to support the modern ideas behind it.