Depending upon whom you believe, a group called Americans Elect is a nefarious effort to split either the Democrat or the Republican electorate. 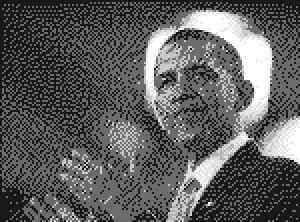 Americans Elect, a privately financed group attempting to run a major third-party candidate for the White House, won a spot on California's 2012 ballot Monday, a milestone in its quest to give voters an alternative to President Obama and his Republican challenger.

California is the 12th state to award Americans Elect a ballot line in the 2012 presidential race. The group hopes its ticket will appear on the ballot in all 50 states. To earn its place on the California ballot, Americans Elect submitted the signatures of more than 1 million registered voters...

...So far, the only well-known figure to express interest in the Americans Elect ballot line is former Louisiana Gov. Buddy Roemer, whose run for the Republican presidential nomination has sputtered. Party organizers are hoping a more viable — and preferably wealthy — candidate will emerge, such as New York Mayor Michael R. Bloomberg.

The group has raised a tremendous amount of money -- reportedly, $30 million -- in short order, which begs the question: who is behind Americans Elect?

Americans Elect's chairman is Peter Ackerman, who was right-hand man to junk-bond trader Michael Milken at Drexel Burnham Lambert in the 1980s. That could leave the impression of Wall Street backing at a time when the finance industry is unpopular.

Despite Americans Elect's assertions that the group is not a front for leftists bent on splitting the GOP vote, a commenter at National Journal describes it as a stealth effort to have Jon Huntsman run as an independent. 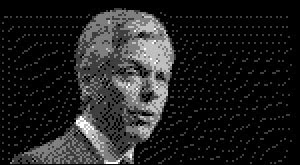 Peter Ackerman who put in the original seed money (5 million) is also the founder of Rockport Capital and they make investments in green energy. They invested in Solyndra and Evergreen which both went bankrupt after receiving Obama stimulus money.

If they choose Huntsman it will be clear that they were invented to take votes away from the Republicans NOT the Democrats. Huntsman worked for Obama and then out of nowhere decided to run for the presidency.

Its as wrong as you say it is to mess with the elctorate dishonestly no matter who it hurts. But liberals always believe the ends justify the means. Huntsman is Obama's trojan horse.

Is any of this information credible? Turns out it is.

• Solyndra Came Close to Landing Navy Deal: "A major investor in Solyndra LLC was instrumental in helping the troubled solar-power firm compete for a potentially lucrative U.S. Navy deal... Solyndra was promoted to the Navy by RockPort Capital, one of the firm's largest investors and board members, which has a seat on a Pentagon panel that helps the government find emerging technologies..."

• "Peter Ackerman is the managing director of Rockport Capital Inc.."

No less a source than the official public relations journal of the Democrat National Committee, which is sometimes referred to by its trade name Politico, revealed in December that Jon Huntsman truly is the preferred third-party candidate of the Left.

Former New Jersey Gov. Christie Todd Whitman, who is leading a group to draft a third-party presidential candidate, is encouraging Jon Huntsman to make an independent bid for the White House...

Earlier this week, the Boston Globe reported that Huntsman wouldn’t rule out the possibility of an independent bid. The Utah Republican said he doesn’t “think” he would do so, but refused to take the idea off the table. 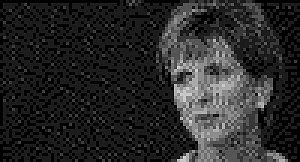 If Jon Huntsman turns out to be Obama's trojan horse candidate, explicitly running to drain votes from the Republican candidate, he will have served as an accomplice to the most malevolent administration in American history.

Should Jon Huntsman run third-party and hand Barack Obama a victory, he will go down in history as the modern Benedict Arnold. The names of Peter Ackerman and Christine Todd Whitman, likewise, will be forever etched in the annals of history as those who helped destroy America.

Because that's what four more years of Barack Obama means: the death of America itself.

For anyone that has really looked at Huntsman's record, he is more of a Democrat than a Republican. I suspect that more Democrats (The kind of Democrats that can't vote for a 1/2 black man) would vote for Huntsman.

I don't think it much matters. Huntsman couldn't even sniff 3% in the GOP race and very few Dems will consider a Republican governor over Obama anyway. If Huntsman runs a 3rd Party campaign, he won't get but maybe 1% at best. Of course, every vote against Obama counts. But there are always going to be 3rd Party candidates. I'd be more concerned with a Ron Paul candidacy.

ALL PREVIOUSLY COVERED HERE. MONTHS AGO:

ALL:
USE LINK...
KEEP SCROLLING.

NOW THAT HUNSTMAN IS ENDORSING MITT, THE ONLY WAY HE CAN RUN ON THIRD PARTY IS IF MITT LOSES NOMINATION.

I EXPECT MITT TO WIN NOMINATION.

"Americans Elect" only seeks 2% of the vote in battleground states.

2% of the republican vote.

In fact, with as fractured as the Republicans are, anyone who was on all 50 ballots would be able to siphon off enough votes to assure Obama the election. Anyone.

AE is an Obama campaign front group, pure and simple. If they proceed as planned, this election is already over.