It’s not everyday that we hear such shrill criticism emanating from a mainstream columnist writing for a liberal mainstream news outlet.

Rejecting the Keystone pipeline is an act of insanity

President Obama’s rejection of the Keystone XL pipeline from Canada to the Gulf of Mexico is an act of national insanity. It isn’t often that a president makes a decision that has no redeeming virtues and — beyond the symbolism — won’t even advance the goals of the groups that demanded it. All it tells us is that Obama is so obsessed with his reelection that, through some sort of political calculus, he believes that placating his environmental supporters will improve his chances. 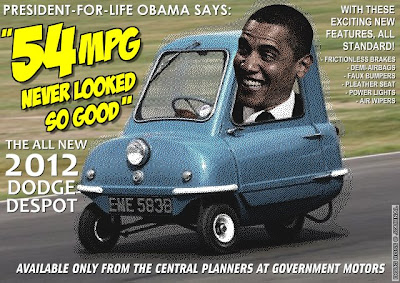 Aside from the political and public relations victory, environmentalists won’t get much. Stopping the pipeline won’t halt the development of tar sands, to which the Canadian government is committed; therefore, there will be little effect on global-warming emissions. Indeed, Obama’s decision might add to them. If Canada builds a pipeline from Alberta to the Pacific for export to Asia, moving all that oil across the ocean by tanker will create extra emissions. There will also be the risk of added spills.

Now consider how Obama’s decision hurts the United States. For starters, it insults and antagonizes a strong ally; getting future Canadian cooperation on other issues will be harder. Next, it threatens a large source of relatively secure oil that, combined with new discoveries in the United States, could reduce (though not eliminate) our dependence on insecure foreign oil.

Finally, Obama’s decision forgoes all the project’s jobs. There’s some dispute over the magnitude. Project sponsor TransCanada claims 20,000, split between construction (13,000) and manufacturing (7,000) of everything from pumps to control equipment. Apparently, this refers to “job years,” meaning one job for one year. If so, the actual number of jobs would be about half that spread over two years. Whatever the figure, it’s in the thousands and thus important in a country hungering for work. And Keystone XL is precisely the sort of infrastructure project that Obama claims to favor.

The big winners are the Chinese. They must be celebrating their good fortune and wondering how the crazy Americans could repudiate such a huge supply of nearby energy. There’s no guarantee that tar-sands oil will go to China; pipelines to the Pacific would have to be built. But it creates the possibility when the oil’s natural market is the United States...

This decision illustrates just how radicalized the Obama administration truly is.

IT'S THE VERY CORE OR FOUNDATION OF HIS POSTMODERN OUTLOOK.

SO IT ISN'T INSANE.

IN FACT, IT'S THE ON;Y RATIONAL WAY TO EXPLAIN IT.

Dems are ticked because the Unions wanted those jobs.