What's Wrong With This Picture? [Dan from NY] 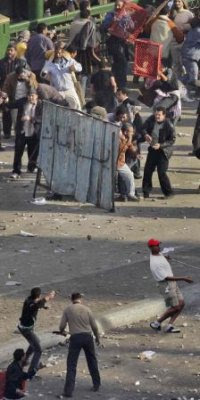 What's wrong with this picture? Hint: Every move Obama makes in the Middle East abets the Muslim cause at Israel's expense. Sheer coincidence, no doubt.

Spokesman says dialogue with Jewish state ‘not up for discussion.’

Obama set to speed up aid to Egypt-official

Among those hit by travel bans - one of those targeted called it "de facto detention" - is a son of U.S. Transportation Secretary Ray LaHood... The United States said Egypt should reverse them: "We are urging the government of Egypt to lift these restrictions immediately and allow these folks to come home as soon as possible," State Department spokeswoman Victoria Nuland said.

Perhaps the White House will go to the Obama version of DEFCON 1; i.e., issuing a strongly worded memo, with copies to the United Nations and George Soros.