I love the smell of red-on-red warfare in the morning: unions vow war with Obama over Keystone XL

In the battle between the flat-earth, no-growth, environmental Marxists and the labor unions for control of President Subprime McDowngrade, it would appear that the ecotards just won a major victory (oh, and "ecotards" is the term they prefer, I hear).

After months of playing political ping-pong with 20,000 potential (mostly union) jobs, the Obama administration decided on Wednesday to kill the controversial Keystone XL pipeline, which would have carried crude oil from Canada to Gulf Coast refineries... 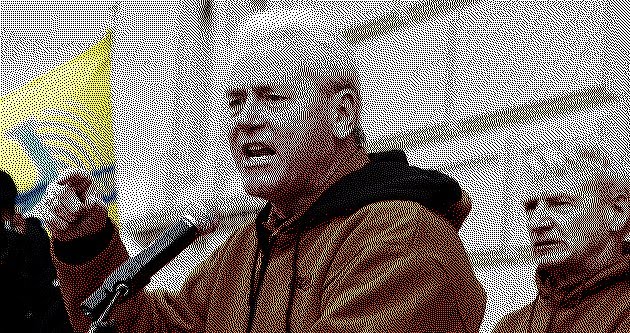 The score is Job-Killers, two; American workers, zero. We are completely and totally disappointed. This is politics at its worst. Once again the President has sided with environmentalists instead of blue collar construction workers – even though environmental concerns were more than adequately addressed. Blue collar construction workers across the U.S. will not forget this.

The project would create thousands of good jobs at a time when unemployment in the construction industry is 16 percent with 1.3 million men and women jobless.

Environmental groups have used the Keystone XL as a disingenuous proxy for arguments about global warming. The pipeline would carry up to 900,000 barrels of oil a day from Canada’s Tar Sands to the U.S., reducing reliance on oil from hostile nations. While environmental groups decry Tar Sands development, the Canadian government and Trans-Canada, the company developing the Tar Sands, have made clear the oil will be developed – and possibly sold to China – regardless of whether Keystone XL is built...

Hey, O'Sullivan: did Obama at least buy you flowers beforehand?

Dick Trumka and Jimmy Hoffa, Jr. could not be reached for comment at press time. I just wanted to know whether they would miss the roughly 100,000 jobs (direct and indirect) that would have been created by the Keystone. I guess not, since they're sitting in their multi-million dollar homes, insulated from the concerns of their hapless members.

Can anyone coherently explain why an oil pipeline is controversial?

Uhm, is that a trick question?

Hasn't BHO already said he's given up on keeping the working class in the fold?