The latest folderol emanating from the utterly embarrassed Beltway elites -- many of whom were surreptitiously on the Romney payroll -- is that Newt Gingrich's poor "likability" scores will harm down-ticket Republicans.

If history is any indicator, this is about as accurate as their mantra-like predictions, repeated ad infinitum, that Mitt Romney would run away with the nomination because of his "electability".

Going into the final weekend of [Jimmy Carter's 1980] campaign..., Gallup had Carter’s Republican opponent, Ronald Reagan, up three points. Harris had him up five points, while Newsweek and The Washington Post had Carter up one. 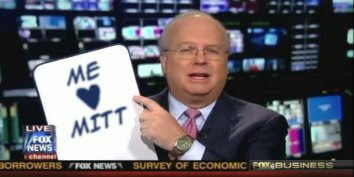 But at the end, the bottom fell out for Carter. “I’ve never seen anything like it in polling,” said Pat Caddell, Carter’s pollster. What was a close race turned into a big Reagan lead in the last hours of the campaign; he ended up winning 489 electoral votes and a 51%-41% victory over Carter. Likely aiding Reagan at the end was the one and only debate between the two, held just a week before the election, when Reagan memorably asked voters “Are you better off than you were four years ago?” ...With Carter captaining the Democratic ship, election night in 1980 was Titanic-esque. Democrats lost 12 Senate seats and 33 House seats.

...Given the divided control of the government, some commentators we respect have noted the possibility of a total switcheroo in Washington next year: President Obama loses the presidency, the Republicans take the Senate and the Democrats re-take the House.

That, of course, is possible. But it would be a first in the modern history of the republic: Since 1860, an incumbent president has never lost the White House in the same election that his party won control of either house of Congress from the other party. Similarly, the House and the Senate flipping in opposite directions has never happened in the same election in the same timeframe. In other words, regardless of what happens in the presidential race, a scenario in which Democrats captured the House next year and Republicans captured the Senate would be, in a word, historic.

So history tells us that Democrats need Obama to roar back and win a second term in order to flip the House. And even that might not be enough.

So when Karl Rove, who has yet to reveal any financial interests he may have vested in one or more of the GOP candidates, next opines about Newt's "likability", you can take his "analysis" with a giant grain of salt.

at 11:46 AM
Email ThisBlogThis!Share to TwitterShare to FacebookShare to Pinterest
Labels: Democrats, MSM, Obama, Protecting America

Rove is so full of sh*t. He was instrumental in guiding us to the point where we have a Communist in the White House. Great job, Karl! You wanna tell us all how we save our children from being indentured servants to the state? You wann help us get our religious freedom back> P*ss off.

The establishment RINO's will be held accountable because they are supposted to know better. The liberals have an excuse, they were brainwashed at high-dollar Liberal Arts institutions. Newt attracts voters, not repels them. The National GOP should get a clue from the South Carolina primary, not spin it.

HE ENDORSED SPECTER AND WAS PART OF THE SENATE LEADERSHIP.

HE USED EARMARKS TO THE TUNE OF BILLIONS.

AND HE VOTED AGAINST RIGHT TO WORK LAWS NUMEROUS TIMES.

HE IS A CAREER POLITICIAN.

MITT IS THE ONLY ONE OF THE THREE TO ACTUALLY BE A LEADER/EXECUTIVE/CEO/BOSS.

IT AIN'T EVEN CLOSE.

I'D PREFER IT IF PERRY WAS A DECENT CAMPAIGNER.

I'D PREFER DEMINT OR JINDAL OR DANIELS.

TO ME THE CHOICE IS CLEAR.

I AIN'T DUPED BY THE REDMEAT NEWT TOSSES OUT TO THE BASE.

THAT AN'T GONNA WIN IN THE FALL.

Quisling Rove of the stealth one world order tribe. What a bulls%&t artist of the first order. On FOX news spewing the latest elitist line.

We have this traitor SOB pitching the big lie on neocon TV, and we have obama and holder rigging and gerrymandering the vote six ways to Sunday. Throw in a little Gunwalking south of the border, add a a whole lot of crisis as a means from them all via purposefully created economic disaster, plus steal every last cent of wealth we Americans have, and attempt to cram more of the same political arsehattery been going on for far too long and got us in the fix we are in, ya, you bet people like me are pissed off.
Seriously pissed off.

Not going to be long now.
This crap is going to end.
By ballot box or by bullet box.

DISASTER IN THE FALL
ARE YOU KIDDING ME?

I can sum this political BS in simple terms:
Elites, such as Rove and Romney, who have this idea the imposition of their agenda rates 1st, last, and above any one and everyone, but of course themselves, originates out of pure bigotry.
Our supposed betters of the self imposed ruling class are the worst kind of racists imaginable.
Not to mention the cultural and class inbred ignorance they posses from having such narrow minded perspective of life as a whole. Born out of inordinate insular wealth and station in life. Quite often gained at others expense and suffering.
Bunch of dumbasses who have meddled and stuck their snotty noses where they do not belong, and have absolutely no business dictating, from what they consider some high and mighty horse or ivory tower, better than everyone they consider below them.
Kiss my arse.

There is a comeuppance long over due to the likes of Rove. This primadonna and his kind of both political parties have created a disaster out of the best thing to ever happen in human history. To think these con men and crooks, after the destruction and misery they are directly responsible for, are going to get another four years to finish this country off and get away with all the gold?

These are damn close to fighting times. It ain't going to be much longer if this insanity does not stop we are going to be fighting with bullets instead of ballots.
These bums are going to herd and push us, we the people into a corner, and the gloves are going to come off. Mark my words here. The good grace of Americans of all walks is going to turn into something really ugly, dirty, mean and terrible. Something bloody.
Its called armed revolution.
All you have to do is sit in a Wendy's or listen to folks in a Walmart or supermarket.
Enough is enough.
We get our Liberty and Prosperity back. Either it is the peaceful way, or it is the fighin' way.

i want the scumbag in the white defeated.

newt is a disaster in the fall because he can't defeat obama.

and if obama wins and newt loses thenit's a disaster.

NEWT IS A WELL KNOWN QUANTITY BY THE ELECTORATE.

THEY KNOW HIM AND REVILE HIM.

HIS NEGATIVES MAKE HIM UNELECTABLE:

Newt has an amazing array of accomplishments over his time in service to Americans.
I think it is a truth that resonates with millions of people that Newt actually represents the people, and many who don't, vote for him.
I have a great deal of admiration for this American.
I also greatly admire Newt for his principles and courage. Something in very short supply among politicians.
Power to Newt. He has my vote.
There is no punditry, smear, or spin or lie that will dissuade me from my respect for Speaker Gingrich.
I believe Mr. Gingrich will make a fine President.

if newt is elected - and i would prefer him over obama - then you have to admit you'd have to pray every day he didn't do or say some wild sh*t that day because - as bachmann and santorum and molinari have said: he is batsh*t crazy and an erratic unreliable leader.

On the quantity of salt--it will be more than your cardiologist will allow.