Mark Levin's new book Ameritopia is out tomorrow. To mark the occasion, I reprise his epic rant, "Why liberalism is the philosophy of the stupid"

In honor of the release of Mark Levin's new book Ameritopia (click here to order), the following is Levin's legendary rant entitled "Why Liberalism is the philosophy of the stupid": 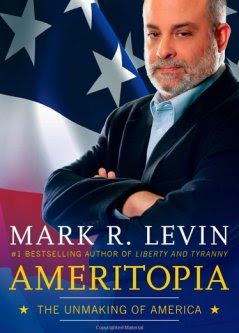 An extensive interview of Levin by CNS News -- regarding the genesis and thought process behind the book -- is quite revealing and well worth reading.

Has anybody told you about the antidote to "Ameritopia"? It's the snarky progressive book by "Debutopia." It's pure sociopolitical commentary, covering lighter topics in a fun way, with some heavy hitting reserved for the GOP debates and the revolutionary rumblings of the Occupy Movement. Here she is: http://www.amazon.com/Best-Debutopia-2011-ebook/dp/B006S9MA32

Last link of "America Deceived II" before it is completely censored: