Great news: Children with DNA from three parents only a few years away

For a society with fewer moral boundaries by the day, this report seems apropos:

Researchers from Newcastle University have been funded more than $9.3 million by the Wellcome Trust to begin experimenting with a method that could lead to children having DNA from three people to eliminate some genetic disorders. 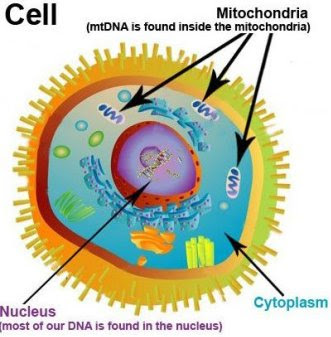 According to The Telegraph, the technique involves removing the nucleus from a donor cell and inserting a fertilized nucleus from the hopeful couple or the unfertilized nucleus of the mother for fertilization later. This effort, researchers believe, could help couples where the mother has known genetic disorders carried on her mitochondrial DNA — DNA found in the mitochondria of a cell.

Mitochondrial DNA, which composes 0.2 percent of a human‘s DNA and doesn’t influence traits like physical appearance, is passed down from mother to offspring. But, there are several genetic disorders, such as muscular dystrophy and ataxia, which are associated with this type DNA.

...Sir Mark Walport, head of the Wellcome Trust, said the genetic impact of inheriting a third person’s mitochondrial DNA would be as minimal as changing the batteries in a camera...

...But, the research is not without its opposition. The Telegraph reports the Society for the Protection of Unborn Children as calling it “macabre and unethical” and cited fears of other “developmental abnormalities”.

While I'm all in favor of the unfettered pursuit of science, the idea of tampering with the creation of human beings seems not only amoral, but potentially dangerous. The phrase "unintended consequences" was invented for situations like this one.

at 6:15 PM
Email ThisBlogThis!Share to TwitterShare to FacebookShare to Pinterest
Labels: Scitech