In other words, Indiana is banning indentured servitude, which is how I define being forced to pay union dues when you have no desire to belong to a union. 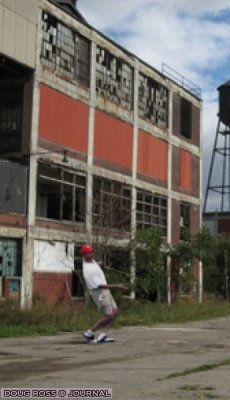 In another blow to organized labor in the traditionally union heavy Midwest, Indiana is poised to become the first right-to-work state in more than a decade after Republican lawmakers cleared the way on Wednesday to ban unions from collecting mandatory fees from workers.

Over the past year, Republicans have pushed for other anti-union laws in battleground Rust Belt states where many of the country's manufacturing jobs reside, including Wisconsin and Ohio, but they also have faced backlash from Democrats and union supporters. Wisconsin last year stripped public sector unions of collective bargaining rights.

Despite massive protests outside the Capitol, Wisconsin's GOP-dominated Assembly passed a law backed by Gov. Scott Walker in March that strips nearly all collective bargaining rights from organized labor. Walker is now preparing for a recall election after opponents turned in a million signatures aimed at forcing a vote and ousting him from office. In November, Ohio voters repealed a law limiting collective bargaining rights that was championed by Gov. John Kasich and fellow Republican lawmakers.

Indiana would mark the first win in 10 years for national right-to-work advocates who have pushed unsuccessfully for the measure in other states following a Republican sweep of statehouses in 2010. But few right-work states boast Indiana's union clout, borne of a long manufacturing legacy... Oklahoma, with its rural-based economy that produces comparatively fewer union jobs than Indiana, passed right-to-work legislation in 2001.

Indiana's vote came after weeks of protest by minority Democrats who tried various tactics to stop the bill. They refused to show up to debate despite the threat of fines that totaled $1,000 per day and introduced dozens of amendments aimed at delaying a vote. But conceding their tactics could not last forever because they were outnumbered, they finally agreed to allow the vote to take place.

"What you are doing is destroying my community!" said Lawson, who represents a northwest Indiana district packed with heavy manufacturers and a major BP oil refinery. "We want to turn my district into Detroit!"

That article is inaccurate. The WI change in laws did not strip most bargaining rights from organized labor. Only from the *public employee unions*.

NB: Lawson's "northwest Indiana district" is almost certainly in Gary, IN. To borrow a phrase, you will never find a more wretched hive of scum and villainy.

WI also didn't strip 'most' collective bargaining rights from public employee unions, they can still CB for their salaries, just not retirement and other benefits.