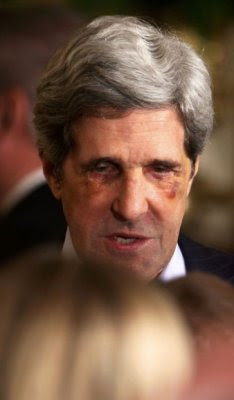 The March for Life 2012: Malkin
54,559,615 Abortions Since Roe vs. Wade Decision in 1973: LifeNews
SCOTUS says no to debate over Elena Kagan health care role: Politico

11 stunning revelations from the secret Summers-Obama memo: Peth
Federal Workers Owe $1.03B In Unpaid Taxes: S&L
1,000 Days Without a Budget: Facts on the Senate’s Failure: Foundry

Immigration authorities released man who then murdered three people in Florida: Hot Air
71% of Obama’s 2012 Bundlers Have Visited the White House, 19% Received Jobs: VS
Grassley: LightSquared offered me a political “win” in exchange for backing down on FCC probe: Hot Air

The Self-Destruction of the Mainstream Media: McCann
The Unbearable Lightness of Being the MSM: AmSpec
Bill Maher: I Support SOPA, Because I'm Pretty Sure Absent Piracy Religulous Would Have Been A Huge Hit: Ace

The Question Is Not ‘Electability,’ but ‘Re-electability’: DLimbaugh
Gingrich Super PAC Head: Romney Is a Medicare Fraudster, but Will It Matter?: BG
“If That’s What the President is Going to Talk About Tuesday Night, I Think it’s Pathetic”: JWF

When Media Won't Talk About Race: AT
Allen West: There is No Racist Code Language in the “Food Stamp President” Claim – It’s a Fact: Marfdrat
Spotted in the wild: Obama food-stamp bumper-sticker: Urban Infidel

The Republican Base Simply Does Not Like Mitt Romney & Why The Press Rarely Reports It: Erickson
Mark Levin blasts Christie for parroting old left-wing ethics propaganda against Newt: Scoop
West raises $1.75M in fourth quarter: Hill

Cliche' betting odds for the State of the Union Address!: TPC
Man Accidentally Plays Wrong Lottery Game And Wins $14.3 Million: Consumerist
The Ulsterman Report: Sex and Murder in The Land of Obama?: Newsflavor

QOTD: "Plato’s Republic, More’s Utopia, Hobbes’s Leviathan, and Marx’s workers’ paradise are utopias that are anti-individual and anti-individualism. For the utopians, modern and olden, the individual is one-dimensional—selﬁsh. On his own, he has little moral value. Contrarily, authoritarianism is defended as altruistic and masterminds as socially conscious. Thus endless interventions in the individual’s life and manipulation of his conditions are justiﬁed as not only necessary and desirable but noble governmental pursuits. This false dialectic is at the heart of the problem we face today " --Mark Levin, Ameritopia

I hope that broken nose on Lurch there REALLY HURTS A LOT.

it's nothing like the pain you and your band of Rich Marxist Aholes have caused us citizens.

Where is John Doerr's credibility when he told a generation of MBA students he did the right thing by firing Steve Jobs? John Doerr should ask Kit Wong why Chinese engineers only sought venture capital when they were out of work and Wong told them to start restaurants to learn entrepreneurship as they rejected Wong when they had safe jobs. Foreign students can be bright, but faculty exaggerate their brilliance because foreign students are servile in doing work and favors for faculty and not demanding that professors actually earn their tuition keep. Moreover, faculty like that foreign students are either afraid, complicit or morally ambivalent about the immoral grant guzzling behavior of professors. In many cases they are more likely to share the professors' anti-Americanism than American students. Meanwhile perfectly good American engineers have to get jobs at Home Depot. And Google cancels my account for saying these things but dares to complain about censorship. Why should the liberal media get SOPA protection?