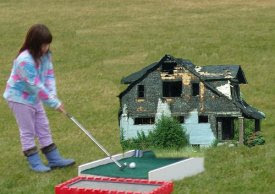 1. City of Detroit: You'll get chills putting through an exact replicate of a burned out house in the abandoned city center, the by-product of decades of unchecked Democrat rule! 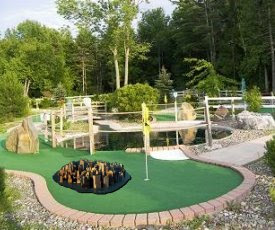 2. Escape from New York: Watch out for the water hazard! It's an exact replica of New York City, flooded by the rising sea waters of global warming in just two short years -- as was presciently predicted by Al Gore in 1994. 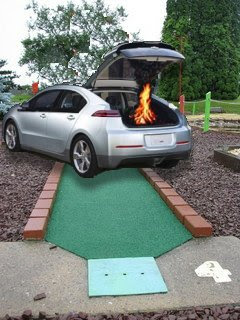 3. Get a Charge: Experience the world's first on-course fire hazard, courtesy of a real Chevy Volt and its exploding battery pack! 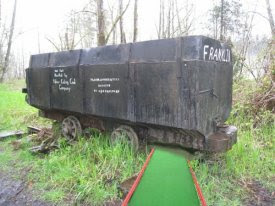 4. Almost Heaven: Muster all of your skills to navigate through the West Virginia ghost town laid barren by the EPA's destruction of the coal industry 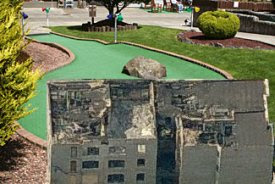 5. Grove Parc: Gaze in wonder at this scale-model replica of the immense, federally-subsidized apartment complex -- which only cost the taxpayers millions of dollars -- run into the ground by Valerie Jarrett and other Obama cronies backers 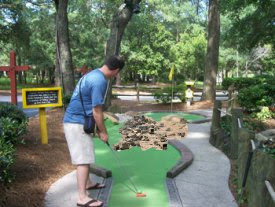 6. To the Shores of Tripoli: You'll marvel at the desert-like sand traps and left-over carnage of the U.S. NATO attacks on Muamar Gaddaffi's forces, which brought Al Qaeda to power in Libya! 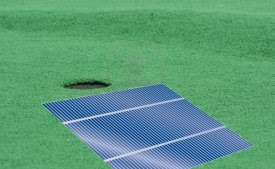 7. Green-collar Jobs: Putt on an actual solar panel made by Solyndra, before it went belly-up and took $500 million of the taxpayers' money with it. 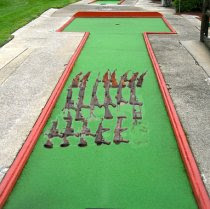 8. It's Automatic: One of the most difficult holes in America, you'll have to gently putt past real, loaded AK-47s from Operation Fast and Furious without touching off an accidental trigger pull! 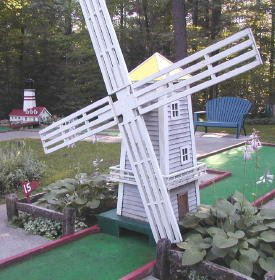 9. Breath of Fresh Air: And what miniature golf course would be complete without an actual working windmill, in this case powering one of the light bulbs in the concession area (weather permitting)?

AND IT ONLY COSTS 5 TRILLION TO PLAY!