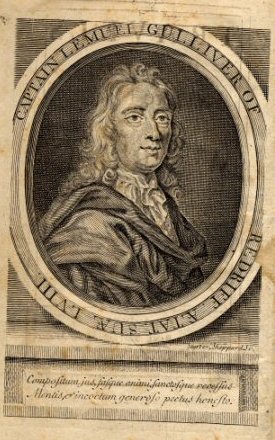 Dear reader, in 1729, Jonathan Swift suggested in his "Modest Proposal" that, "'in order to Prevent the Children of Poor People From Being a Burden to Our Parents or Country, and for Making Them Beneficial to the Publick". He encouraged the starving Irish people generate income and reduce expenses by selling their babies to the rich to be consumed by the rich as new source of food. This Juvenalian satire disgusted his readers but was successful at bringing the plight of the Irish to a wide audience. Perhaps it is time for the Baby Boom [BB] generation to recognize the plight of our children before they decide that we BBs should be sauteed, fricasseed, or boiled and served for dinner.

Guess who is being served for dinner?

I modestly propose that the children of baby boomers [BBs] prepare to eat their parents in order to prevent them from becoming a burden on society. Whether our children fry, boil, roast bake or BBQs all us BBs, the end result would be to put a stop to the BBs incredible and wanton accumulation of global government debt that will be passed on to future generations. In the unlikely event you disagree with my proposal let me explain my rationale.

You got some 'splaining' to do!

You are not the boss of me

My conviction that we, the BBs will find ourselves under harsh lights in the interrogation room [or the kitchen] came to me gradually. As an imperfect father I felt my children should take responsibility and control of our own lives.

Watch what I do and don't do it

When each of my two daughters turned five, the age at which they felt I was no longer 'the boss of them', I acquiesced and left them in charge of our own destiny. The only advice I gave them was to look them in eye, fully aware of my own imperfections and tell them that if they wanted to be successful they should watch what I do and don't do it. Fortunately for them, their mother is a goddess who kept watch over them.

Flash forward twenty years to the present and to a recent family dinner at which my daughters were sharing our hopes and dreams for the future. Careers, goals, buying a house starting a family were all part of the lively conversation. Much to my surprise they asked my opinion on the myriad choices they faced.

Sadly my compulsive study of economic and financial events left me in an awkward position. I naturally wanted to share their excitement and enthusiasm for all the opportunities and experiences that the future can hold. However there are two gifts that we BBs are leaving our children that will likely ensure our children's future is significantly less than they would wish for.

To my daughters and your children as well: you owe $50 trillion.

The first and most important gift we baby boomers are leaving our children is, according to the highly respected Economist Magazine, is a staggering $50 trillion global government debt. [Canadian federal and provincial debt amounts to a combined eye popping $1.5 trillion, and you thought it was just our southern neighbors who had a problem] There has been no economic miracle while we BB's have been in charge. All that BBs are, all that we have, all that we are proud of, is simply the result of a giant global credit card that the BB's have used with reckless abandon to satisfy our desire for more, bigger, better. Giant stimulus programs, bailing out large companies, no problem, higher pay for bloated civil servants, absolutely. Health care, you got it. Jet fighters and battleships, all BBs would say, Aye, aye sir. Bizarre foreign wars, you betcha! Circuses, stadiums, Olympics, there is no end to the BB's shopping spree. [Unless you have the misfortune to be a BB in a lesser developed country in which case you enjoyed neither the bread nor the circus, only the debt.]

Baby boomers never had a wish they would not grant themselves

The BB generation never had a wish they would not grant themselves even if there was no hope that the BBs could pay for it. You see the BB generation discovered the magic of consume now and let the next two or three generation pay for it. Replace crumbling infrastructure, renew power grids, reduce energy consumption, etc, well not so much. The BB's have no interest in these boring necessities. The borrowed money should be used for museums, Olympics, bizarre wars in foreign lands and in Toronto in 2010, $1.5 billion, 2 day long, G-20 group hug. Those are the items that we BBs like to spend our money on. [Or should I say our children and grandchildren's money] I stand to be corrected but I believe that of you look in the Merriam-Webster dictionary under the word self indulgent you will see a picture of a BB. [Yes, one could argue that narcissist is a more appropriate description of the BB generation but dear reader let us save that debate for another day.]

It is only fun until somebody gets hurt

What this means to our children should be self evident to anyone who has ever been in debt personally. As our mothers used to remind us, "it is only fun until someone gets hurt". Like a family who has arrived at it's own fiscal cliff by taking on too much debt the BB's are desperately scrambling to ensure that the fiscal cliff arrives only after the last BB is dead.

A Tsunami of Cash

The most important tool BBs have to postpone our financial Judgment Day is the printing press. BBs discovered that if our governments could not borrow money they could simply print money. Wisely, to ensure there was no comparison to France's John Law inspired Mississippi Bubble or Germany's Weimar disaster, BBs do not call it money printing. Rather BBs call it Quantitative Easing or Long term stability funds. France in 1720 and Germany in 1930 experimented with the concept of unlimited printing of money to create wealth, In France's case it bankrupt the country, in Germany's case it resulted in WWII. The combined amount of money these two countries printed on their respective roads to disaster would be a mere ripple in the water when compared to the Tsunami of cash BBs are printing. This will land badly but hopefully after all BBs are dead.

The second gift we are leaving our children is ourselves.

BBs will live well into our eighties. More than one study has indicated that the cost to society of heath care for aging BBs will place an unbearable burden on our children and grandchildren.

Hurry up and die

This inevitable crisis recently caused Taro Aso Japan's then 72 year-old deputy prime minister to call the elderly who are unable to feed themselves "tube people," then he proceeded to say the elderly should be allowed to "hurry up and die" to reduce the burden on a country tasked to pay for their medical expenses. This story, reported in ABC news should act as a cautionary tale to baby boomers who expect love and affection and tender care from our children and grandchildren. I suspect our children will view euthanasia, not as an issue for moral or spiritual debate, but as a mandatory form of health care. In all likelihood our children will consider a sneeze sufficient justification to pull the plug on us BBs.

Dear reader, these two gifts, our debt and our health care, are I believe enough to ensure the BBs a rather ignominious place in history as well as the contempt of our children and grandchildren. One could argue that the BBs contribution to global warming, peak oil, pollution, crumbling infrastructure, and myriad other social and economic ills should be included in any list of 'gifts' we are leaving our children when one is trying to account for the inevitable enmity toward the BB generation. I am not the arbiter of these issues. I suspect our children will one day organize a Truth and Reconciliation Panel to listen to the evidence against the BBs. That august panel will, I am confident determine which gifts from the BBs made the most difference to the destruction of our children's future.

That is our story and we are sticking to it

In order to ensure some faint hope that I do not end up as some form of stew in the future I would like to apologize to my children and your children for the debt we will be leaving to them. I would suggest that you do the same. In order to ensure that we BBs keep our stories straight, let us simply use the excuse that it seemed like a good idea at the time. That is our story and we should stick to it.

Lest we forget, after Barry Sotoro that skinny Indonesian Pretender spent us into unrecoverable debt he had the temerity to declare war (for the children) on carbon emissions. He's not done spending yet.

"It seemed like a good idea at the time" can be attributed to Steve McQueen in the Magnificent 7. Those were the good old days, indeed. Barry hadn't been born yet.

As in, the 'BB' gen credits the 'Greatest Generation' for having the guts to keep us free. Now the 'BB' gen is blamed for allowing freedom of expression to the 'Not Me' gen.