Earlier today Fox News Chairman Roger Ailes won the $250,000 Bradley Foundation Prize for creating Fox News Channel, deemed by the group to be a thoroughly American institution. Ailes donated the prize to a senior citizens charity. The following is the transcript of his acceptance speech:


America needs all of us to leave here tonight, renewed in our spirit and determination to turn this country forward to the future. I won’t say turn it around because yesterday is gone, so we must all focus on defining the themes for the future and lead the people to it.

My remarks tonight are my own, and don’t necessarily reflect those of News Corporation, Rupert Murdoch or Fox. I will say, however, that I didn’t give up my citizenship to create and run a news organization. I speak here with the highest authority and title anyone could ever aspire to -- citizen of the United States. 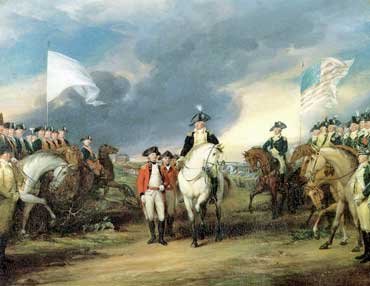 We must stop waving our extended arms in an effort to balance ourselves as we tiptoe along the edges of the Constitution, in an effort not to upset weak-kneed appeasers, with our unflinching belief in the ideas and principles that made our country different and yes, great!

Are we losing America to the inevitable onrushing tides of history? No. But we are in a storm, the mast is broken, the compass is barely functioning, and there is a big damned hole in the boat!

We have allowed ourselves to be manipulated by others, many of whom want to impose their culture and laws under the manufactured utopian idea that all cultures are equal and most are better than America’s. Of course all people should be proud of their heritage. They should teach their children to be proud of their history and traditions.

Immigrants will always be welcome here. But America is a culture, too.

Back to the hole in the boat: America is losing its historic literacy. Recently some 556 seniors surveyed at 55 of the nation’s top colleges -- only 60 percent placed the American Civil War in the correct half of the 19th century. Only 34 percent identified George Washington as the American general at the Battle of Yorktown. Thirty-four percent thought it was Ulysses S. Grant. At 78 percent of the institutions polled, no history whatsoever was required in the undergraduate program. Historian David McCullough said, “We are raising a generation of young Americans who are historically illiterate.”

If the hole in the boat is to be fixed, it will require the tenacity and ingenuity of the pioneers. Each of us must understand and teach the journey of liberty and justice. It requires steadfast insistence -- we must not allow our collective memory to fade or morph into trendy revisionist versions of political correctness, which becomes a substitute for truth. 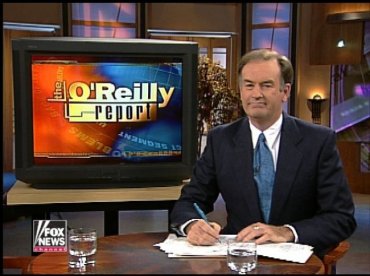 Traditional American culture influenced me greatly as I created the Fox News Channel for Rupert Murdoch. We knew that a fair and balanced news channel could succeed, as long as no views were rejected and conservative views were allowed to be heard.

The Fox News Channel just finished its 137th consecutive month in first place in cable news, almost 12 years. The top 13 programs in cable news are all on the Fox News Channel. One reason is: We cover news but we also cover stories we know others will not. Like the abortion doctor in Philadelphia, who was actually killing babies after they were born. We covered Benghazi when four Americans were killed, even though no other network would touch the story. It’s an important story because it involves two hundred years of our military ethos, which is: If we ask you to go out in the middle of the night and risk your life for America, we promise that we will backstop you. And, try to get you out if it is humanly possible. In Benghazi we did not do that.

A few other hot news topics these days include the IRS. The federal government is about to hire 16,000 more IRS agents to enforce healthcare. Forty-seven new tax increases -- no wonder they need guns. Now we already know the IRS is arrogant. They waste as much money as the other government agencies. They enjoy pushing people around, and they can’t line dance. We don’t need 16,000 more people who can’t line dance! And we don’t need more people with guns, enforcing our healthcare. All right Granny, get your hands up. It’s the last time we’re telling you. Take your Metamucil!

Of course, the country’s split politically. Democrats and Republicans can’t get along. And it is hard to figure out if it is ever going to get back together. But I heard a story about a guy who was in a hot air balloon. He was lost and he lowered his altitude. He spotted a man down below and descended a bit more and then called out to him. He said, “Excuse me, can you help me? I promised a friend I’d meet him an hour ago, and I don’t know where I am.” The man on the ground consulted his GPS and replied, “You’re in a hot air balloon approximately 30 feet above ground elevation at 2,346 feet above sea level. You are 31 degrees, 14 minutes north latitude; 100 degrees, 49 minutes west longitude,” and the guy in the balloon said, “You must be a conservative,” and he said, “I am. How did you know that?” He said, well, “Everything you told me is technically correct but I have no idea what to make of your information. The fact is I’m still lost -- and frankly, you haven’t been very much help so far.” The guy on the ground yelled up: “You must be a liberal.” He said, “I am. How did you know that?” He said, “Well, you don’t know where you’re going or where you’ve been, you’ve risen to where you are on hot air. You made a promise which you have no idea how to keep. You expect me to solve your problem. The fact is you’re in the same place you were before we met and now it’s my fault!”

Regardless of your political party there are some themes that I believe we should all agree on: Government must reinforce the value of the individual and life. Government must have programs to help individual independence flourish and not reinforce dependency. Votes must not be purchased by corrupt organizations or individuals on false missions of mercy. Freedom cannot be compromised anywhere. Anti-Americanism needs to be answered every place, every time. By every one of us.

I mentioned earlier that American culture is unique and must be included in all discussions of culture. It is America that has fed more and freed more people on earth than all the other countries put together. You know how I know this is a great country? Because everybody is trying to get in, and nobody is trying to get out.

I have heard complicated treatises on world affairs. I have listened to theories of foreign policy. I have listened to the criticism of the United States. I’ve watched even some Americans systematically try to dismantle the greatest country on earth and yet we are still strong. We’re strong, because of three words I believe, God, country, family.

I cannot and will not apologize for any of those and anything that enhances those, I will defend them with my life.

Thank you. And God bless you all.