Homeland Insecurity: The White House assures that tracking our every phone call and keystroke is to stop terrorists, and yet it won't snoop in mosques, where the terrorists are.

That's right, the government's sweeping surveillance of our most private communications excludes the jihad factories where homegrown terrorists are radicalized. 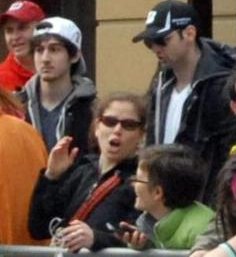 Since October 2011, mosques have been off-limits to FBI agents. No more surveillance or undercover string operations without high-level approval from a special oversight body at the Justice Department dubbed the Sensitive Operations Review Committee.

Who makes up this body, and how do they decide requests? Nobody knows; the names of the chairman, members and staff are kept secret.

We do know the panel was set up under pressure from Islamist groups who complained about FBI stings at mosques. Just months before the panel's formation, the Council on American-Islamic Relations teamed up with the ACLU to sue the FBI for allegedly violating the civil rights of Muslims in Los Angeles by hiring an undercover agent to infiltrate and monitor mosques there.

Before mosques were excluded from the otherwise wide domestic spy net the administration has cast, the FBI launched dozens of successful sting operations against homegrown jihadists — inside mosques — and disrupted dozens of plots against the homeland.

If only they were allowed to continue, perhaps the many victims of the Boston Marathon bombings would not have lost their lives and limbs. The FBI never canvassed Boston mosques until four days after the April 15 attacks, and it did not check out the radical Boston mosque where the Muslim bombers worshipped.

The bureau didn't even contact mosque leaders for help in identifying their images after those images were captured on closed-circuit TV cameras and cellphones.

One of the Muslim bombers made extremist outbursts during worship, yet because the mosque wasn't monitored, red flags didn't go off inside the FBI about his increasing radicalization before the attacks.

This is particularly disturbing in light of recent independent surveys of American mosques, which reveal some 80% of them preach violent jihad or distribute violent literature to worshippers.

What other five-alarm jihadists are counterterrorism officials missing right now, thanks to restrictions on monitoring the one area they should be monitoring?

Or, do the Feds not monitor any houses of worship at all, regardless of faith? If so, that might make for a much shorter, and far less sensational, story.

If Evangelical churches are monitored, I would think that someone is getting their Civil Liberties stepped on. Hopefully, a lawsuit is in the works.