SOMEONE PINCH ME: I agree with Bernie Sanders

Vermont's self-professed socialist senator is a man I've never agreed with -- until now. Sanders took to the Senate floor to defend young, job-seeking Americans saying they are being completely ignored by the corporatists who want to drive down wages through open borders.

...There are millions of young people who graduate high school and want to go out and start their careers and make some money and move up the ladder. There are others who have dropped out of high school. We cannot turn our backs on those young people. They need jobs as well. If young people — young high school graduates, for example — are unable to find entry-level jobs, how will they ever be able to develop the skills, the experience, and the confidence they need to break into the job market? And if they don't get those skills — if they don't get those jobs and that income — there is a very strong possibility they may end up in antisocial or self-destructive activities... 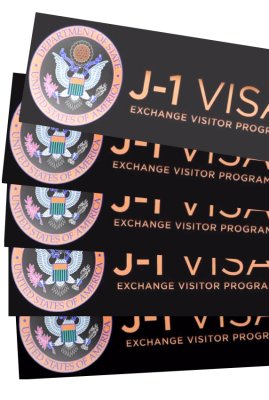 ...At a time when poverty in this country remains at an almost 50-year high, and when unemployment among young people is extremely high, I worry deeply that we are creating a permanent underclass — a large number of people who are poorly educated and who have limited or no job skills. This is an issue we must address and must address now. Either we make a serious effort to find jobs for our young people now or we are going to pay later in terms of increased crime and the cost of incarceration.

Now, why is this issue of youth unemployment relevant to the debate we are having on immigration reform? The answer is obvious to anyone who has read the bill. This immigration reform legislation increases youth unemployment by bringing into this country, through the J-1 program and the H-2B program, hundreds of thousands of low-skilled, entry-level workers who are taking the jobs young Americans need...

...At a time when youth unemployment in this country is over 16 percent and the teen unemployment rate is over 25 percent, many of the jobs that used to be done by young Americans are now being performed by temporary guest workers.

Right now, what we are talking about is hundreds of thousands of foreign workers coming into this country not to do great scientific work, not as great entrepreneurs to start businesses, not as Ph.D. engineers, but as waiters and waitresses, kitchen help, lifeguards, front desk workers at hotels and resorts, ski instructors, cooks, chefs, chambermaids, landscapers, parking lot attendants, cashiers, security guards, and many other entry-level jobs. …

The J-1 program for foreign college students is supposed to be used as a cultural exchange program — a program to bring young people into this country to learn about our customs and to support international cooperation and understanding. That is why it is administered by the State Department. But instead of doing that, this J-1 program has morphed into a low-wage jobs program to allow corporations such as McDonald's, Dunkin Donuts, Disney World, Hershey's, and many other major resorts around the country to replace American workers with cheap labor from overseas. Each and every year companies from all over this country are hiring more than 100,000 foreign college students in low-wage jobs through the J-1 summer work travel program...


Via the all-new BadBlue Report.

He isn't doing it for young Americans. I would not even agree to anything he says, even if I agree with what it seems he is proposing. Never agree with Satan, either. Just... saying.

As for young Americans? While I am against open borders, I can't say I support their being hired. Most of them are totally unworthy of employment. Now, mind you, I am discussing "college grads" and such. Although I have a feeling even most blue collar types are less than robust as to being employment worthy. Our 'education system', from top to bottom, has devastated our youth.

On the good side, with health and government offering a potentially shorter life even, I only have 20 years until permanent 'retirement'.