CBS News has confirmed that the personal computer of its outstanding investigative reporter was compromised on multiple occasions while she was working on exposing the Obama administration's handling of the Benghazi assassinations. 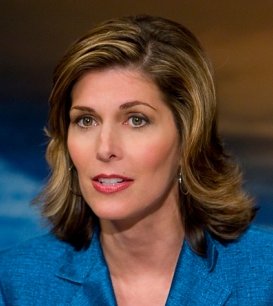 CBS News spokeswoman Sonya McNair said that a cybersecurity firm hired by CBS News "has determined through forensic analysis" that "Attkisson's computer was accessed by an unauthorized, external, unknown party on multiple occasions in late 2012."

"Evidence suggests this party performed all access remotely using Attkisson's accounts. While no malicious code was found, forensic analysis revealed an intruder had executed commands that appeared to involve search and exfiltration of data. This party also used sophisticated methods to remove all possible indications of unauthorized activity, and alter system times to cause further confusion. CBS News is taking steps to identify the responsible party and their method of access."

And who does the news organization suspect may have been behind the hacking?

Friday's announcement comes on the heels of last month's revelation that the Justice Department had seized the emails and phone records of Fox News correspondent James Rosen.

To be clear, the federal government has not been accused in the intrusion of Attkisson's computer; CBS News is continuing to work to identify the responsible party.

But the federal government certainly had the means, motive and opportunity to commit this crime.

We have an administration that has relentlessly attacked the media, publicly and privately, for doing their job. The White House's public condemnation of Fox News, its massive net thrown over the Associated Press during the North Korea leak "investigation", and its unprecedented attacks on Fox reporter James Rosen are all examples of a government that will tolerate no dissent from the press.

Our media operate as they would under a third-world dictator -- think Hugo Chavez' Venezuela, for instance -- because we have heard only muted outrage from the press over these unprecedented, repeated attacks on the First Amendment.

As Attorney General, Eric Holder has been at the center of a series of scandals. His most recent disregard for the law, involved apparent perjurious testimony to Congress over the Rosen matter. Congress was sufficiently incensed by his statements, which were subsequently revealed as untruthful, that they had threatened him with yet another subpoena. 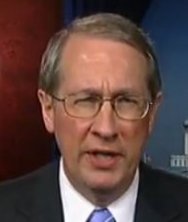 Attorney General Eric Holder has agreed to meet with House Republicans as part of their probe into whether he misled Congress or acted inappropriately in the Justice Department’s investigation of two separate leaks to media outlets.

In agreeing to meet with the lawmakers, Holder staved off the threat of a subpoena from Goodlatte for a second time in as many weeks.

Some relatively sober observers believe the White House is the likely culprit behind the Attkisson hacking and that it smells like the makings of a true Watergate-level scandal.

Perhaps one of those legions encouraged to "get in their faces," like the staff of the IRS.

Hacking is a federal crime, is it not? Can we expect Robert Mueller to get his Top Men (whoever they are, he doesn't know) on this like he did with the IRS scandal?

So, Rep. Goodlatte -- or any other members of the House with a patriotic bone in their bodies (seemingly in very short supply these days) -- perhaps you could ask Eric Holder the following question:

"Are you aware of any attempt -- by any party -- to hack, compromise or otherwise target any computing device of any member of the press?"

Rep. Goodlatte....PLEASE hold this man accountable and hold his 'feet to the fire' for what he's done or covered up. The corruption must end....NOW!!!!!