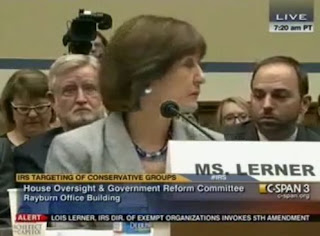 We now know that the Obama administration used the IRS to purposefully target Christian ministries, Jews, Patriots, Republican Senate candidates, Pro-Life groups, and those who support the Military for extraordinary scrutiny and delays in their tax returns and applications for tax-exempt status.

By the way, for all of you Obama voters -- those of you who still support Obama, that is -- but also support some parts of Christian ministries, Jewish organizations, Patriots, Republican Senate candidates, Pro-Life groups and those who support the Military, well, you really need to arrange all of this in your minds in a way that allows you to live with yourselves.

Perhaps if the IRS would target Gay, Black, Pro-Abortion, or Hispanic organizations -- or even organizations founded by Obama's half-brother -- with the same zeal that it has demonstrated against conservatives and Jews, we could get the American public interested in the lies and deceit being uncovered daily about this Administration.