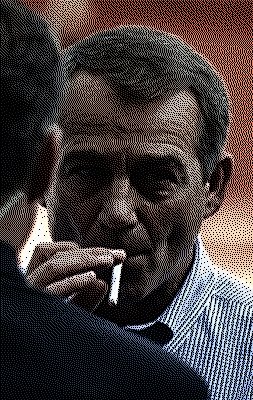 Congress has money for everything, it's got money for Obamaphones, everything. It's raining money in Washington. Seven of the wealthiest counties in the U.S. surround the District of Columbia, but they don't have money to secure the border.

First of all, as a result of over three decades of your incompetence, these people are here. That's number one.

Number two, our great president of the United States refuses to enforce the law.

Number four, our great Supreme Court just undermined every state's ability to protect its own citizens.

Now what are we going to do about it? They create these messes and somehow you and I have to fix them?

Let me be as clear as I know how about this: Washington is incapable of reforming itself. Every single day behind this microphone, every single damn day, we're talking about what these people are doing to you and me. The NSA doesn't exist in a vacuum: the Congress is in control of that. The IRS doesn't exist in a vacuum; Congess is in control of that. The EPA, all the rest of it. All the rest of it, yet this is the number one priority of the Speaker of the House.

And look at this Kelly Ayotte, "Tea Party" candidate, slobbering all over herself, supporting this thousand-page bill she doesn't even understand. And I can go on and on, and I will go on and on. I've had it. I'll ask the question I've been asking for months:

They think you're so stupid, they really do. What they learn from the liberals are techniques to bamboozle you. So the Speaker of the House, who famously says endlessly, "we only control one-half of one-third of the government", now he's taking the bull by the horns. To expand the government, to create new bureaucrats, to spend more money. And to legalize illegals.