If I served in Congress over the past four-and-a-half years and had witnessed:

• The Republican Party being completely shut out of any input into the massive health care reform law -- Obamacare -- that was rammed through Congress on Christmas Eve using procedural tricks, backdoor deals, outright bribes and intimidation... 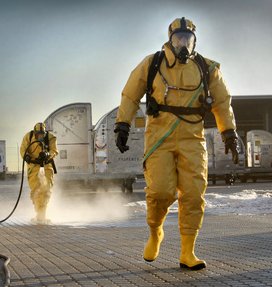 • The administration trotting out various parties to lie under oath to Congress including, but not limited to, Hillary Clinton, Eric Holder, Janet Napolitano, James Clapper, Douglas Shulman, and Lois Lerner...

• A series of scandals unprecedented in American presidential history -- from running thousands of guns to Mexican drug cartels to falling asleep during a terrorist attack -- that make Watergate look like a theft of Girl Scout cookies.

What kind of people allow themselves to be treated like this?

Who allows themselves to be slapped around like a bunch of punks?

Well, it would seem that the Republican establishment fits this description.

I say this because despite being punked over and over and over again, the Beltway establishment Republicans are still cooperating with the likes of Obama, Chuck Schumer, and Robert ("Hey, little girl!") Menendez to pass an immense Amnesty bill that not a single person has read.

Let me repeat: not a single member of Congress understands what is in this "Comprehensive Immigration Reform" bill.

What we know about it thus far is devastating. The Corker Amendment was crafted in secret by special interest groups. We know that it will devastate the American economy by increasing unemployment, lowering wages, and building a massive new dependency class.

The Republican Party is a Hazmat zone.

Aside from some Constitutionalists like Ted Cruz, Mike Lee, Jeff Sessions, Rand Paul and a few others, the party has abandoned its base for the siren song of Karl ("1.3% victory rate") Rove and the nerds at The Wall Street Journal.

They are dead to me, I will never pull a lever for another one. The POS's like Rubio, Corker, Murkowski, McLame, Lidsey Lohan, Flake, McConnell, Hoeven and the rest.

I hope the House doesn't pass anything, so nothing can go to conference.

The GOP is dead as a national party.

Yes, it will be a third party, but its honesty will shorty push aside the GOP, and drain ranks of the Democrats.

Count me in (or out, as it were). I changed my affiliation to Independent a couple years ago waiting for Constitutionalists to get their act together. Voted for McCain, and felt dirty ever since.

The incompetence of the Rep party is so striking one wonders if they're not actually colluding with Dems full-time.

Anyone with that much of a need to be liked shouldn't be allowed near the halls of power in DC. And why is it only our guys that compromise??

Well there really not "our" guys. i'm done with ever voting for another RINO, I don't give a shit if it means Hillary.
MM

"i'm done with ever voting for another RINO, I don't give a shit if it means Hillary"

Unfortunately, this line of thinking gave us 2 terms of Obama. Neither established party will go along with establishing a Tea Party that can compete, as evidenced by the IRS harassment.

In the end, it comes to the lesser of two evils. If conservative voters can't get Tea Party candidates elected within the party, how are they going to do so outside of it?

The Republicans are forgetting that they lost the 2012 Presidential election -- not because of the Hispanic vote-- but because Republicans who voted in 2008 chose not to vote in 2012. If the Republicans support an Immigration Bill that does not genuinely secure our border, I predict even fewer Republicans will vote in the future elections...or they support another party or party candidate.