YO, KARL ROVE: The 1986 Amnesty Bill Turned California Into the Closest Thing America Has to a Third World Country


"What pragmatic assessment leads to thinking that the Simpson-Mazzoli 1986 amnesty program did anything bad? Anything at all?"

Let's see how many bad things came from that 1986 Amnesty. California is America's number one immigration state and the state most impacted by the IRCA (the 1986 Reagan Amnesty). 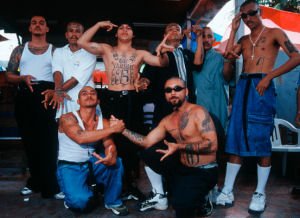 1. California once had the best public schools in America. Now they compete with Mississippi for the bottom. Sometimes they "win".

2. California once had the most affordable and best middle-class housing in America. Now it ranks at the bottom.

3. California once paid the highest real wages to workers of any state in the union. Now wages (adjusted for the local cost of living) are rock bottom.

5. California once offered mobility to its people. Gridlock is now the norm.

6. California was once a place where Americans from every state could go looking for a better life. Now its a chamber of horrors that even illegal aliens flee.

The Los Angeles Times published a great story about how Amnesty and mass immigration wrecked the once great state of California.

U.S. immigrants' stories often are about reinvention and newfound prosperity, about leaving behind poverty and limitations... But that is not Magdaleno's story. 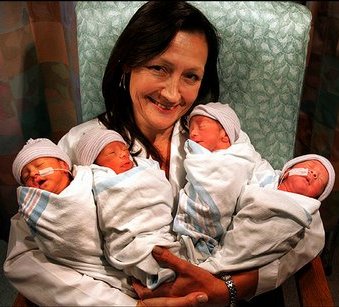 Both Magdaleno and Anzaldo are illegal immigrants, settled for years in an immigrant enclave. Magdaleno has the same number of children as her parents, who were peasant farmers in Mexico. Like her parents, she is living in poverty and struggling to provide for her family.

"It's not sweet," said her 36-year-old sister, Alejandra. "It's very sad. The life for girls back there in Mexico is the same as the one Angela has now. They marry and have children, and that's their lives."

Neither Magdaleno nor her husband speaks English, though she has been in the United States 22 years and he 28. Even her teenage daughters speak mostly Spanish; their English vocabulary is limited."

"As Angela was having children, her siblings were undergoing a transformation of a different kind. They were slowly leaving Los Angeles.

Her sister Alejandra was the first to leave. In Los Angeles, she and her husband were barely able to make ends meet. As in Mexico, "there was little work and it's poorly paid," she said.

Eight years ago, she and her family moved to Kentucky, where a friend said there was more work and were fewer Mexican immigrants bidding down the wages for unskilled jobs.

In Kentucky, Alejandra picked tobacco. The work was hard and she didn't know the language. But soon, life improved. Over the years, she invited her siblings to join her. One sister married a man who managed a Golden Corral, a chain of all-you-can-eat buffets. Soon several Magdaleno siblings were working in Golden Corrals. Their husbands found work installing windows and as farm-labor contractors. They went to night school to learn English because few people in Lexington speak Spanish.

Today, the Magdalenos in Lexington earn more than they did in Los Angeles, in a city where the cost of living is lower. Kentucky is now their promised land, and they talk about California the way they used to talk about Mexico.

"What we weren't able to do in many years in California," Alejandra said, "we've done quickly here.

"We're in a state where there's nothing but Americans. The police control the streets. It's clean, no gangs. California now resembles Mexico -- everyone thinks like in Mexico. California's broken."

If illegal aliens can recognize that mass immigration has "broken" California, it should be possible for you to make the same intellectual leap.