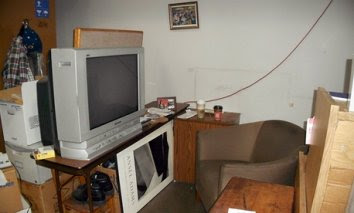 After a series of more thorough searches, however, EPA auditors also discovered a species of endangered slug living in the facilities. EPA administrators quickly filed restraining orders with the courts to prevent auditors from dismantling the man-caves.

"If we can only save one slug," said EPA Chief Gina McCarthy, "it will have been worth it. The so-called man-caves, while representing a waste of millions of taxpayer dollars, really pale in comparison to the life of the 'Windsor Slug'."

Yesterday President Obama indicated his intent to sign an executive order redirecting $1 billion to fund a study of the unique mating habits of the species. All operations at the facilities have been halted to prepare for the study.

If the slugs to which they are referring are the employees involved, then they are not an endangered species. In fact, there are far too many of them already.