It's the Constitution, Stupid [IBD]


Scandal: An administration that has attacked our freedoms of speech and the press, and to peacefully assemble and petition for redress of grievances is drawing a bead on our protection against unreasonable search and seizure.
Since the beginning of the war on terror, we have heard various iterations of a famous statement by Ben Franklin from 1755: "Those who would give up essential Liberty, to purchase a little temporary Safety, deserve neither Liberty nor Safety." 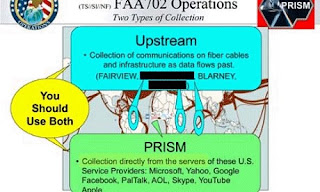 The Bush administration kept us safe after 9/11 through targeted use of the Patriot Act and its surveillance offshoots. If a phone number turned up on a terrorist laptop overseas, it made sense to look at who in the U.S. might have that number and what numbers called it or were called by it.

The Obama administration has thrown out all the rules, insisting that when you are looking for a needle in a haystack, it's OK to seize the haystack, keep it permanently on record and to look for whatever needle they want at any time they want.

They say they're looking for terrorists but can't find or stop those they have in plain sight. Such sweeping surveillance did not catch the "underwear" bomber who, thanks to sheer luck and alert passengers, failed to bring down an airliner over Detroit.

It did not catch the Tsarnaev brothers as they freely traveled to the terrorist haven they called home before bombing the Boston Marathon. It did not stop Maj. Nidal Hasan before he slaughtered U.S. soldiers and civilians at Ft. Hood. It has not found those responsible for the attack in Benghazi.

Which part of the Fourth Amendment does this administration not understand, the one that reads: "The right of the people to be secure in their persons, houses, papers, and effects, against unreasonable searches and seizures, shall not be violated, and no Warrants shall issue, but upon probable cause, supported by Oath or Affirmation, and particularly describing the place to be searched, and the persons or things to be seized."

As noted by Judge Andrew Napolitano, constitutional scholar and Fox News contributor, the Fourth Amendment to the U.S. Constitution was written to guarantee what the framers called "the right to be let alone," and what we have come to call "the right to privacy."

The administration knows the Fifth Amendment all too well, the one that IRS exempt-organizations chief Lois Lerner invoked to protect her right against self-incrimination while trampling on the rights of others as the IRS demanded to know from Tea Party members what books they read and the text of their prayers.

This administration has shredded the 10th Amendment principle of federalism through ObamaCare, which forces states to do what they don't want to do under powers they don't believe the feds have. It reads: "The powers not delegated to the United States by the Constitution, nor prohibited by it to the states, are reserved to the states respectively, or to the people." Imposing health care is not one of those powers.

It has also shredded the freedom of the press by confiscating the Associated Press' records and authorizing a warrant branding Fox News reporter James Rosen a traitor. ObamaCare assaults our freedom of religion through its individual mandate as the IRS attacks the Tea Party for peacefully assembling to petition for the redress of grievances. All these are enshrined in the First Amendment.

Becky Gerritson of Alabama's Wetumpka Tea Party, along with other IRS targets, gave the administration a well-needed civics lesson in recent congressional testimony. "In Wetumpka," she said, "we are patriotic Americans; we peacefully assemble; we petition our government; we exercise our right to free speech. We don't understand why the government tried to stop us."

The Constitution was written to limit the powers of government, not the rights of the people. The Obama administration has even gone after our Second Amendment gun rights through what it calls "common-sense restrictions," not unlike the "common sense restrictions" it is placing on our other constitutional rights.

Maybe that's why the Founding Founders wrote the Second Amendment — to protect the other nine in our Bill of Rights.

The scandal is there are too many scandals.
Something very foul is afoot.
This is all a smoke screen for something far worse than of these acts of tyranny.
Something absolutely critical to the coupe under way, something that has to happen no matter the consequences of exposing these myriad high crimes.
Nothing happens in the Banana Republic of Amerika without the ruling oligarchy permission.

Something really big is going down.

I think we are going to find out after it is too late.

I've noticed the internet and various good websites take longer to load, friends have said the same thing. Some weeks ago I either closed a link or went to a new one and a homeland security logo flashed on the screen, very fast. You know, I lived just fine without the errornet, if the Goobermint needs to snoop I can live without it, and them.
Treachery was indeed "in the air" this last election.