The National Security Agency disclosed Saturday that thousands of its analysts can listen to domestic phone calls without warrants. That capability appears to extend to email and text messages as well.

The is a far different matter from the oh-so-controversial Bush program of wiretapping international phone calls to and from terror hotbeds.

The National Security Agency has acknowledged in a new classified briefing that it does not need court authorization to listen to domestic phone calls. 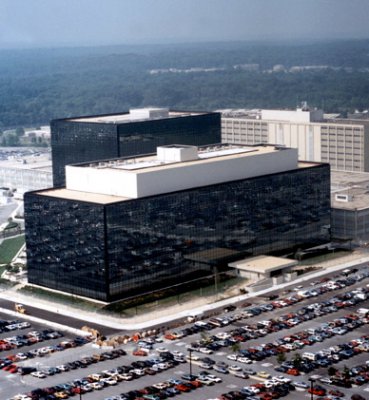 Rep. Jerrold Nadler, a New York Democrat, disclosed this week that during a secret briefing to members of Congress, he was told that the contents of a phone call could be accessed "simply based on an analyst deciding that"... If the NSA wants "to listen to the phone," an analyst's decision is sufficient, without any other legal authorization required, Nadler said he learned. "I was rather startled," said Nadler, an attorney and congressman who serves on the House Judiciary committee.

Not only does this disclosure shed more light on how the NSA's formidable eavesdropping apparatus works domestically, it also suggests the Justice Department has secretly interpreted federal surveillance law to permit thousands of low-ranking analysts to eavesdrop on phone calls... Nadler's disclosure indicates the NSA analysts could also access the contents of Internet communications without going before a court and seeking approval.

The disclosure appears to confirm some of the allegations made by Edward Snowden, a former NSA infrastructure analyst who leaked classified documents to the Guardian. Snowden said in a video interview that, while not all NSA analysts had this ability, he could from Hawaii "wiretap anyone from you or your accountant to a federal judge to even the president."

There are serious "constitutional problems" with this approach, said Kurt Opsahl, a senior staff attorney at the Electronic Frontier Foundation who has litigated warrantless wiretapping cases. "It epitomizes the problem of secret laws."

[Furthermore,] the NSA records the phone calls of 500,000 to 1 million people who are on its so-called target list, and perhaps even more. "They look through these phone numbers and they target those and that's what they record..."

...Sen. Dianne Feinstein (D-Calif.), the head of the Senate Intelligence committee, separately acknowledged this week that the agency's analysts have the ability to access the "content of a call."

...Jameel Jaffer, director of the ACLU's Center for Democracy, says he was surprised to see the 2008 FISA Amendments Act be used to vacuum up information on American citizens. "Everyone who voted for the statute thought it was about international communications," he said.

• The NSA admits listening to U.S. phone calls without warrants;

• Federal officials are targeting up to 1 million people in the U.S.;

Rep. Jim Sensenbrenner, author of the PATRIOT Act, says that the law does not support these kinds of activity.

...Sensenbrenner, who introduced the PATRIOT Act on the House floor in 2001, has declared that lawmakers’ and the executive branch’s excuses about recent revelations of NSA activity are “a bunch of bunk.”

In an interview on Laura Ingraham’s radio show Wednesday morning, the Republican congressman from Wisconsin reiterated his concerns that the administration and the secret Foreign Intelligence Surveillance Act court have gone far beyond what the PATRIOT Act intended. Specifically, he said that Section 215 of the act “was originally drafted to prevent data mining” on the scale that’s occurred.

Since we know that Obama's political opposition has been relentlessly targeted by the instrumentalities of the federal government -- including the Department of Labor, the EPA and the IRS -- I have a sneaking suspicion that there are plenty of Tea Party activists, Constitutional conservatives, religious Christians, and Jews, on the list of this administration's targets.

We are witnessing the de-evolution of this country into a Banana Republic.