Here's a little bit of good news for regular Americans -- not irregular Americans, progressives, drones and other kooks -- that might just bring you a smile. Yesterday marked a particularly nice victory for gun rights and an especially painful smackdown for Bloomberg (the scale-model Fuhrer, not the news service).

Gov. Brian Sandoval vetoed a bill Thursday that would have required a background check almost any time a firearm changes hands in Nevada, carrying through on his earlier promises to kill legislation that attracted interest in the wake of the Connecticut school shooting and a rampage at a Nevada restaurant in 2011. 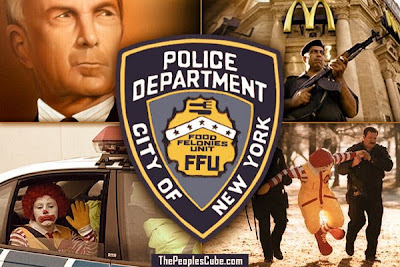 [It] would have required a background check almost any time a firearm changes hands — regardless of whether the exchange is permanent or a loan — and enacted certain improvements to laws relating to mentally ill people and guns... Sandoval praised the mental health reporting requirements in his veto message, but the hotly contested background checks provisions constituted an "erosion of Nevadans' Second Amendment rights."

...It is a significant defeat for New York City Mayor Michael Bloomberg's gun control advocacy group, Mayor's Against Illegal Guns, which spent hundreds of thousands of dollars working to get the bill passed.

The group bought numerous ads on social media sites, news websites and television, in addition to mailing out materials attacking select lawmakers who voted against the bill during the session. Video ads pressuring Sandoval to sign the bill surfaced immediately following the Assembly nod of approval.

...Notably absent in the veto message was any mention of the call records to this system. In the days leading up to the veto, tens of thousands of calls were being registered daily — with about three callers urging a veto for every one caller supporting the bill.

The NRA notes that it took "an extraordinary grassroots effort, thousands of concerned Nevadans called their representatives and Governor Sandoval's office in Carson City to oppose this legislation and remind those lawmakers that their duty is to protect our rights."

Well done, citizens of Nevada. And well done, Gov. Sandoval. We salute you.

I was very upset that Big Gulp banning billionaire New York Mayor Bloomberg and his Illegal Mayors Against Guns was trying to buy laws in Nevada.

Thank you Governor Sandoval for KEEPING NEW YORK OUT OF NEVADA