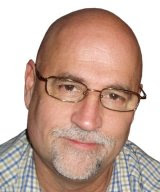 On Monday, June 24, 2013, the U.S. Senate passed a cloture motion (which ends debate) on the Schumer-Corker-Hoeven Amendment to the Gang of Eight's horrifying illegal alien amnesty bill - mislabeled "immigration reform."

The true purpose of this amnesty proposal is to capture future votes for the Democratic Party. Those who do not acknowledge that blatantly obvious fact either suffer from some debilitating mental illness or are working for the other side.

On rare occasions, even the Left admit the objective. Eliseo Medina, the honorary Chair of the Democratic Socialists of America, and International Vice President, Secretary and Treasurer of the Service Employees International Union (SEIU), said in 2008:

...If we reform the immigration laws, it puts 12 million people on the path to citizenship and eventually voters. Can you imagine if we have ...even two out of three, if we get 8 million new voters... we will create a governing coalition for the long term, not just for an election cycle.

The "governing coalition for the long term" refers of course to the "permanent progressive majority" Democrats have fantasized about for decades.

The number of illegals in this country is repeatedly cited as 11 million. This is almost certainly an underestimate. In reality the number is 20 to 30 million or more, according to a 2007 study in Social Contract. Bear Stearns estimated about 20 million in 2005. When amnesty passed in 1986, official estimates were 1.2 million illegals. There were actually 2.7 million - more than double. Within ten years, INS estimated the illegal population had grown to 10 million. It is delusional to believe the number has only increased by another 1 million in the 17 years since. Furthermore, when amnesty passes, the newly-legal aliens will invite their relatives to come, further inflating that number through chain migration.

Herein lies the real reason Democrats are slavering for this amnesty bill to pass and are tickling themselves pink that there are Republicans stupid and gullible, (or corrupt) enough to help them realize their dream. And make no mistake, an increase of 30 million in the Democrat Party voter base will guarantee Democrat majorities in the U.S. House, Senate and Presidency for the foreseeable future.

Despite the impossibly bizarre belief by some Republicans that amnesty will make illegals "like us," a high level Congressional source recently acknowledged to me that passage of this bill will spell the end of our Republic and that we literally have only weeks to stop it. Despite House Speaker John Boehner's somewhat ambiguous assurances, this bill is likely to get a vote in the House.

The original Gang-of-Eight bill was really bad, as became readily apparent quite quickly. The overtly fraudulent Schumer-Corker-Hoeven Amendment was offered as a fig leaf to reassure fools that the original bill -- which already promised in-and-of-itself to enhance border security - would actually enhance border security. But in reality it makes things worse. The amendment:

The Schumer-Corker-Hoeven Amendment, by the way, is one of the factors that convinced Bill O'Reilly to support this legislation. Bill reminds us of P.T. Barnum's timeless adage, "there's a sucker born every minute," but only on Fox News does one get a prime-time show, and only in the U.S. Senate do they get hailed as "moderates."

In a conference call Monday evening, Senator Ted Cruz (R-TX) said that most people don't realize this bill operates in tandem with Obamacare and amounts to de facto affirmative action for illegals. He said that Obamacare will raise the cost of American citizen or legal immigrant workers by roughly $3,000, but the amnesty bill exempts illegals . This creates an incentive to fire legitimate employees or reduce them to part-time status and replace them with illegals.

He added soberly that if American people do not stand up now, no senator or group of senators has the clout to stop this thing from passing.

In this same conference call, Senator Jeff Sessions (R-OK) said that the Congressional Budget Office predicts the bill will lower wages and raise unemployment. He also said the bill doubles the number of guest workers allowed. Because approximately 40 percent of illegals here have overstayed their visas, this will increase the number of visa overstays.

But it gets even worse than this. Betsy McCaughey has pointed out other horrors:

The 1993 National Voter Registration Act, aka Motor Voter, calls for voter registration at public assistance, motor vehicle and other public offices, and allows groups like ACORN to engage in voter registration activities. Is there any doubt that these community organizations will take advantage of their taxpayer funded operations to register all these budding democrats once they become eligible? Will they even wait for that?

Of course all Democrats voted to invoke cloture on the amendment. Following are the mindless (or corrupt) Republicans who went along with them:

No matter what state you live in and whether or not your senators are Republican or Democrat, let them know just what you think of this lousy bill and their betrayal of the public interest: call 202-224-3121 and ask for your Senator.

Furthermore, sign Ted Cruz's petition. About 100,000 have signed to date. Call and email Senators and House members. Urge your friends and neighbors to do the same. If this passes the Senate our last chance will be the House. We need to let them know now what we think.

In the meantime Barry, his Beard and his homosexual roadshow are off to trample the sensibilities and culture in Africa. I wonder if he took Mrs. Robinson and ValJar too.

Yeah. It'll make the Republicans obsolete, kill the two-party system and disenfranchise half the population. It's called tyranny.

Once these Beaners are given a pass through, do we really think they will not work to re-align our SW border with Mehico?
This is not assiimilation, it is assassination, kiss America goodbye.