Along with Dred Scott and Korematsu, the Supreme Court's DOMA decision will live in infamy

Washington, DC—The 5-4 opinion by the Supreme Court on the Federal Defense of Marriage Act (DOMA) raises serious questions about the legitimacy of the Court’s authority. History has proven that the Court does not always issue legitimate opinions. 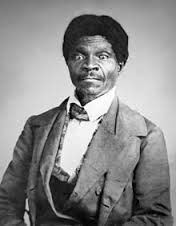 In Dred Scott v. Sandford, 60 U.S. 393 (1857), Chief Justice Roger Taney wrote for the majority that while some states had granted citizenship to blacks, the U.S. Constitution did not recognize citizenship of blacks. Taney wrote that blacks were “regarded as beings of inferior order, and altogether unfit to associate with the white race, either in social or political relations; and so far inferior, that they had no rights that the white man was bound to respect; and that the negro might justly and lawfully be reduced to slavery for his own benefit.”

Thus, according to the Court, Scott had no standing to file the suit. As might be expected, this decision created further rift between the North and the South in the days leading up to the Civil War. The Fourteenth Amendment later put the nail in the coffin of the Dred Scott decision. This decision was illegitimate and is repudiated today. 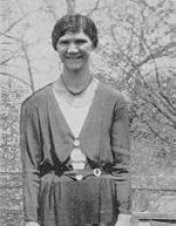 In Buck v. Bell, 274 U.S. 200 (1927), Justice Oliver Wendell Holmes, writing for the Court, described Charlottesville, Virginia, native Carrie Buck, whom he described as an “imbecile,” as the “probable potential parent of socially inadequate offspring, likewise afflicted,” and he went on to say that “her welfare and that of society will be promoted by her sterilization.”

His infamous words still cause one to shudder when he wrote, “Three generations of imbeciles are enough.” The Buck v. Bell case approved forced sterilization to prevent “feebleminded and socially inadequate” people from having children. This horrible decision set the stage for more than sixty thousand sterilizations in the United States and was cited favorably at the Nuremberg trials in defense of Nazi sterilization experiments. Incredibly, this decision has never been overturned. Even so, this decision was illegitimate and is repudiated today. 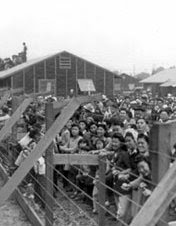 Citizenship had no value to the Japanese.

All persons of Japanese decent were placed in custody, despite the constitutional guarantee of the Fifth Amendment. This decision, too, is illegitimate.

As Americans of each succeeding generation are rightly told, the Court cannot buy support for its decisions by spending money and, except to a minor degree, it cannot independently coerce obedience to its decrees. The Court’s power lies, rather, in its legitimacy, a product of substance and perception that shows itself in the people’s acceptance of the Judiciary as fit to determine what the Nation’s law means and to declare what it demands. . . .

The Court must take care to speak and act in ways that allow people to accept its decisions on the terms the Court claims for them, as grounded truly in principle, not as compromises with social and political pressures having, as such, no bearing on the principled choices that the Court is obliged to make. Thus, the Court’s legitimacy depends on making legally principled decisions under circumstances in which their principled character is sufficiently plausible to be accepted by the Nation.

The 5-4 decision by the Supreme Court in the Federal Defense of Marriage Act case has caused millions of Americans to lose confidence in the Court. The decision is as far removed from the Constitution and the Court’s prior precedent as the east is from the west.

In short, this opinion represents the personal views of five Justices and it finds no support in the Constitution or reason. As history has shown us, such decisions delegitimize the Court. On top of this flawed opinion, the majority demeaned the Court and weakened its authority by labeling as hateful those who believe that marriage is the union of one man and one woman.

Marriage predates religion and all civil authorities. It is ontologically a union of a man and a woman and is part of the natural created order. Such irresponsible language by the Court undermines its legitimacy in the eyes of the people. The Court does not have unlimited authority. This decision presumed too much of the people’s blind acceptance of its authority. Just like a corporate act cannot be ultra vires (beyond its authority), the people may determine that this decision is beyond the authority of this Court. If that happens, the Court will lose its authority.

re: "...the Supreme Court's DOMA decision will live in infamy"

It happened long before this travesty.

I was a freshman in college in 1959 when during a digression in a lecture the professor, who was an "unreconstructed Roosevelt Democrat," said that the Supreme Court arrogated true supreme power in 1803 by giving itself Judicial Review (Marbury v. Madison). The constitutional separation of powers was lost then--2010 years ago.

p.s. The professor approved of the move BTW. He also was the first to predict to my ears or reading that Democracies self destruct at the longest circa 200 years of existence so that he gave the USA an expiratory date of between about 2005 (Marbury v. Madison) and 2025 (beginning ascension of Jacksonian Democracy). The class laughed at the time but those of us still alive who remember the lecture are not laughing now.

So-called Justice Kennedy was confirmed based upon upholding the Constitution of the United States.
Due to a personal conflict of interest - such as one of his relative being 'gay/lesbian' before death - he has allowed to interfere with his duty to uphold the law. His bad treatment and refusal to acknowledge his gay relative before death has nagged him throughout his life and, when opportunity came along to make perceived wrong right, he took the chance contrary to the law to absolve himself of an injustice committed by himself alone.
His decision proved he disgarded the law and, should voluntarily resign or be impeached.
He is not a legitimate judge any longer due to a breach or trust and, refusal to uphold the law.

Strangely, you left out Obamacare - quite possibly the most destructive, insidious and unconstitutional ruling of all time!

when people think of eugenics they think Nazi's.
People need to learn the real history of the US and how gvt regards it's citizens.

unfortunately, we have not moved out of the dark ages of stoning and killing 'idiots'. now we abort them from the womb.

These entire governments are illegitimate, from the schoolteachers encouraging homosexuality in our children, to the congressman who changes his position in office on divisive issues without resigning, to the justices whose reasonings follow their positions, rather than arriving at their positions by reason.

It's incredible how much tyranny a few thousand universities can generate.