"If they pass an immigration bill that even remotely resembles this one, we can say goodbye to the GOP"


Nothing better illustrates the divide between the Republican establishment and the base than this issue. Health care, taxes, abortion, gay marriage, all are small change compared to immigration. The GOP leadership's failure to understand this is practically inexplicable.

I still maintain that the GOP leadership has a very small constituency - these people could not win an election without the GOP rank and file and the independents who have basically walked away from the Party due to the leadership's continued bungling and missteps. That is another story - how the GOP leadership has caused so many people in the Party to leave in disgust. Although that started with Bush's out of control spending, it really got rolling with Bush's amnesty plan. 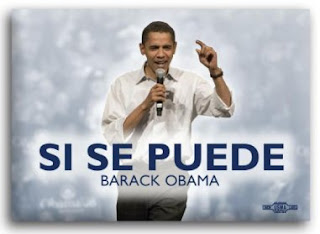 Bush's approval rating went to 13% when he got behind amnesty. Rank and file Republicans, who are so much more conservative than the leadership, see this issue as a matter of right and wrong, and they clearly viewed Bush as wrong. And, as a direct result of this issue more than anything else, they stayed home in 2006, and again in 2008.

These people simply never learn - it is maddening.

In fact, Bush basically lost any ability to run the country after pushing amnesty. He literally tore apart the party. Many people forget that the country was on a path to a permanent conservative majority in 2000. Bush more or less single-handedly changed the direction of the nation with bone-headed move after bone-headed move - starting with his inexplicable failure to rein in spending. I mean, wasn't the guy a Republican? Aren't we for limited government?

You can read Rove's book in order to gain a good understanding of the foregoing. Karl "Deficits Don't Matter" Rove blames Republicans in Congress, but that is a very thin excuse indeed since Bush did nothing about it and enthusiastically joined in the spending spree. In fact, his book proves how completely disconnected both Rove and Bush were from any notion of conservative values. Bush was given a great trust by the American people, and he blew it in the worst way. But his spending pales in comparison to his destruction of the conservative majority by pressing ahead with amnesty. 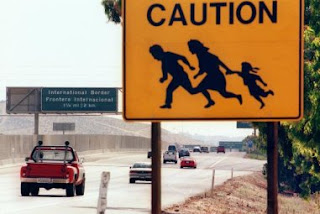 But it was also Bush's inability or unwillingness to respond to Democratic media critics, leaving it to those of us who knew the Democrats were more than able to use their powerful control of the media, as well as their ability then and now to set the nation's agenda. This ineptitude destroyed Bush's Presidency and his party.

I've never forgiven Bush, and never will forgive him, for the foregoing - I could care less that he is supposedly a decent man. After all the guy more or less set us on a path to what we have today. The election of Obama is more than anything else the result of Bush and Rove's arrogance, blindness, and - call it what it is - stupidity.

You get the feeling in Rove's book that he was so rattled by the Plame scandal that he ran from Washington with his tail between his legs. The fact that he came back into the spotlight says a whole lot about the man's lack of character. And Rove is still - still - hard at work destroying the Republican party - by going after the Tea Party. Rove thereby demonstrates that he is incapable of learning from his mistakes. And Bush's silence since the Obama election is an indication that he has no problem with the direction of the country. To think I voted for the man - we would have been better off had Gore or Kerry won, and maintained control of Congress.

But, back to immigration. What this issue says is that the Republican leadership has again shown it has no ability to think strategically - it remains bound to the old rules of politics, and acts like the past couple of decades have never happened. It has no real adherence to a consistent policy, no passion for the issues, and it doesn't understand its own constituency.

More than that, the Republican leadership doesn't have a constituency - there is no large group of rank and file Republicans out there supporting the leadership's policies. The leadership may have access to money but informed voters can't be bought as easily as uninformed voters - as both Romney and Karl Rove learned in the last election. But Rove should have known better - he had seen the same thing in 2006. How deaf, dump and blind can one person be? And how troubling is it that the monied elite still fund Rove's repeatedly failed agenda?

In fact, the rank and file is far more conservative than the leadership, which for some reason doesn't understand its own - it is living in the past when Republcans were comfortable as a minority party where it was expected to make some noise and then give in to the Democrats.

The GOP leadership has time and again shown that it is incapable of running the party - it is frightening indeed that the nation's last hope is with these people. This is not the place to recite the litany of horribles committed by the leadership (I could start with the Boehner's absolutely disastrous record as House leader), but if they pass an immigration bill that even remotely resembles this one, we can say goodbye to the GOP.

And with the GOP gone, the Democrats will have free rein and will ultimately destroy this nation. As I've written before, the Democrats are quite comfortable with poverty, since it means all the votes - there is no bottom for the Democrats since they don't care - prosperity is not even remotely on the agenda (look what they have done in places like Detroit, D.C., California, etc.).

It is too depressing to think about - but I'll say this again - if the GOP passes this bill, they will lose the rank and file completely. Not only will the GOP never win another national election they will lose control of Congress - permanently until the country is torn apart.

I could go on, but what's the point? The Senate will do what it will do, and it doesn't appear that the fact that the people in the party and those independents supporting the (supposed) goals of the party makes not one whit of difference to the blind, arrogant despicable people at the top. And no amount of spending will put the party back together again.


Note: This article is an amalgam of several excellent comments related to Heather Mac Donald's article "The Real Risks of Amnesty. Related reading: Politico lets the cat out of the bag: immigration "reform" would give Democrats a permanent majority

I said goodbye to the GOP when they trotted out Dole.

If they pass this, that's the end of the entire two-party system. From now on, it'll be like voting in the Soviet Union---you can vote for whoever you like, as lomg as they're a Marxist. RIP USA. I cn't believe my countryment were stupid enough to vote in a tyrant, but they were. F*ck them all. You too, Anonymous.

As I've said elsewhere, this is bad policy, I've read it everywhere but from the MSN, so how can the Republicans be so stupid to pass this, these ppl will never ever vote conservative .............

"rip usa" is correct. and end of the west as a result.
between this and obamacare and defense cuts and a PC fbi and PC military, obama will have handed the world to islam and socialist tyranny.

I think you're possibly confused, in that you assume the GOP establishment (GOPe) cares about the current base. My take is that they are quite willing to suffer the consequences as long as they think they can create a new more pliable base for the party. As Bertolt Brecht said in the early '50s about the failure of East Germans under Soviet domination to get with the program: "[...] would it not be be simpler, If the government simply dissolved the people. And elected another?"

Ah, how apropos, one of my CAPCHA words is "Jacobite"....

Once the democrats seduce 20million Hispanics with permanent rights to suck at the welfare teat and seize permanent control of both houses and the presidency, the terms "conservative" or "libertarian" will have become meaningless. What's the point of political opposition when the outcome of elections is a foregone conclusion? Game over....save yourselves.