Rep. Elijah Cummings Wants the IRS Scandal to Go Away: It's "Solved", Even Though We Don't Know Who Instigated It

The IRS scandal must be very, very bad for the Obama administration. For those of you who stepped away for the last several weeks, it was handily summarized for us by Jim Hoft:

The ranking member of the House Oversight Committee -- Rep. Elijah Cummings (D-MD) -- must know something that we don't. And he wants us to remain in the dark regarding what really happened between the White House and he IRS. Mind you, this is the same administration that targeted not only conservative, Christian and Jewish groups using the IRS, but also attacked the Associated Press and Fox News through its highly politicized Justice Department.

“Based upon everything I’ve seen, the case is solved,” Cummings told CNN’s Candy Crowley. “If it were me, I would wrap this case up and move on, to be frank with you. The IG made some recommendations, those recommendations are being adopted by the IRS, we’ve got a new commissioner in, acting commissioner in, Danny Werfel is doing a great job, I think we’re in great shape.” 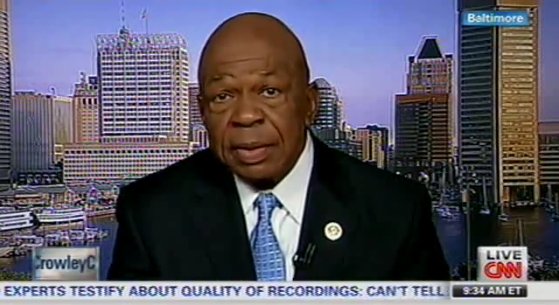 Oversight Committee chairman Darrell Issa slammed Cummings for his claims, calling them “extreme and reckless” and arguing they are “a signal that his true motivation is stopping needed Congressional oversight.” Issa added that “fortunately” Cummings cannot stop the ongoing the investigation.

The Oversight Committee, which, along with the House Ways and Means Committee, is investigating the IRS’s systematic targeting of tea-party groups, is currently interviewing several agency officials involved in the scandal. Though they have linked the initial orders to identify tea-party applications to officials in Washington, D.C., they have yet to identify the official who asked for those applications, or to determine whether the White House was involved in the targeting of conservative groups.

Elijah Cummings, who heretofore struck me as a thoughtful and deliberative man, should be ashamed of himself.

@darrellissa Knowing the WH was forewarned of #IRS abuse is reason to open a Select Committee for the subversion of Americans' Civil Rights.

Politicizing the instrumentalities of the federal government has reached a record and intolerable level under this administration. And Cummings appears more invested in advancing his party's interest than pursuing his constitutionally mandated role of oversight.

" . . . Elijah Cummings, who heretofore struck me as a thoughtful and deliberative man, should be ashamed of himself. . ."

Cummings is an Obama plant. A shill for the administration. God only knows what they have on him. (Protocols were ignored to get him on Issa's committee - many DEMS were miffed)

He hasn't uttered one intelligent comment relevant to any publicized hearing. All he does is spout Obamalies.

Cummings is a plant. Literally. Probably an asparagus fern.

"as a thoughtful and deliberative man [for a Democrat]"

There must be something the Democrats are trying to hide. Otherwise, why would Elijah Cummings want the IRS scandal to be over and finished?