If Detroit's ad agencies could write like this, bailouts wouldn't be necessary. 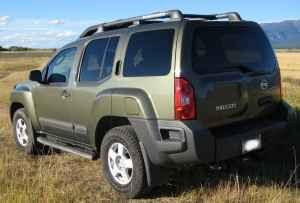 OK, let me start off by saying this Xterra is only available for purchase by the manliest of men (or women). My friend, if it was possible for a vehicle to sprout chest hair and a five o'clock shadow, this Nissan would look like Tom Selleck. It is just that manly.

It was never intended to drive to the mall so you can pick up that adorable shirt at Abercrombie & Fitch that you had your eye on. It wasn't meant to transport you to yoga class or Linens & Things. No, that's what your Prius is for. If that's the kind of car you're looking for, then just do us all a favor and stop reading right now. I mean it. Just stop. 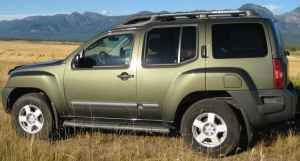 This car was engineered by 3rd degree ninja super-warriors in the highest mountains of Japan to serve the needs of the man that cheats death on a daily basis. They didn't even consider superfluous nancy boy amenities like navigation systems (real men don't get lost), heated leather seats (a real man doesn't let anything warm his butt), or On Star (real men don't even know what the hell On Star is).

No, this brute comes with the things us testosterone-fueled super action junkies need. It has a 265 HP engine to outrun the cops. It's got special blood/gore resistant upholstery. It even has a first-aid kit in the back. You know what the first aid kit has in it? A pint of whiskey, a stitch-your-own-wound kit and a hunk of leather to bite down on when you're operating on yourself. The Xterra also has an automatic transmission so if you're being chased by Libyan terrorists, you'll still be able to shoot your machine gun out the window and drive at the same time. It's saved my bacon more than once. 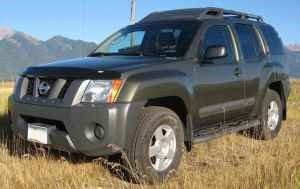 It has room for you and the four hotties you picked up on the way to the gym to blast your pecs and hammer your glutes. There's a tow hitch to pull your 50 caliber anti-Taliban, self cooling machine gun. I also just put in a new windshield to replace the one that got shot out by The Man.

My price on this bad boy is an incredibly low $12,900, but I'll entertain reasonable offers. And by reasonable, I mean don't walk up and tell me you'll give me $5,000 for it. That's liable to earn you a Burmese-roundhouse-sphincter-kick with a follow up three fingered eye-jab. Would it hurt? Hell yeah. Let's just say you won't be the prettiest guy at the Coldplay concert anymore. 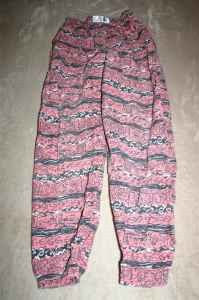 There's only 69,000 miles on this four-wheeled hellcat from Planet Kickass. Trust me, it will outlive you and the offspring that will carry your name. It will live on as a monument to your machismo.

Now, go look in the mirror and tell me what you see. If it's a rugged, no holds barred, super brute he-man macho Chuck Norris stunt double, then contact me. I might be out hang-gliding or BASE jumping or just chilling with my ladies, but I'll get back to you. And when I do, we'll talk about a price over a nice glass of Schmidt while we listen to Johnny Cash.

To sweeten the deal a little, I'm throwing in this pair of MC Hammer pants for the man with rippling quads that can't fit into regular pants.

Yeah, you heard me.