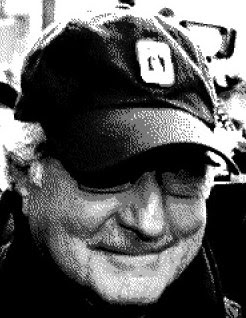 Let me see if I've got this straight. The SEC says it's "deeply troubled" over its failure to unravel the Bernard Madoff debacle ahead of time, despite a decade of warnings.

For instance, Madoff competitor Harry Markopolos tried to raise the alarm at the SEC on multiple occasions, alleging that "Madoff Securities is the world's largest Ponzi Scheme."

For nine years Markopolos begged the SEC to pursue an investigation of the Democratic fundraiser, dealing with both the Manhattan and Boston bureaus of the SEC, all to no avail.

Madoff is alleged to have "made off" with $50 billion in investments, much of it dedicated to charitable and academic causes.

Just so you're aware: the SEC was doing much more important work like ensuring that executives of the National Lampoon (owners of Animal House and National Lampoon's Vacation) weren't artifically inflating their stock price.

Just a few days ago the SEC arrested NatLamp CEO Donald Lakin and others, alleging they spent $68K trying to pump up the stock.

Thank goodness the SEC was able to shut that massive fraud down before investors got hurt.

And these are the same big-government buffoons who say we don't regulate enough and want to "fix" health care.

If that doesn't send a chill down your spine, I don't know what will.

That's why I've come up with a new name for any government-sponsored "Universal Health Care" program. I call it "KatrinaCare".
at 9:45 AM
Email ThisBlogThis!Share to TwitterShare to FacebookShare to Pinterest
Labels: Crime, Democrats, Investments