At the conclusion of The Hajj -- the annual pilgrimage to Mecca by those of the Muslim faith -- three million pilgrims are reported to have made their way from Mina at Arafat. 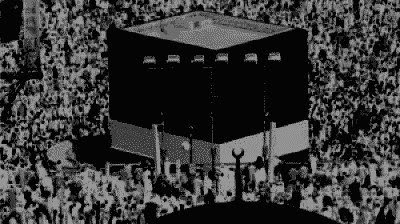 After stressing the importance of following the true faith, Al-Asheikh also emphasized the need for believing other messengers of God. “Whoever does not believe in the messages of the Prophets Jesus and Moses, peace be upon them, is considered an infidel,” Al-Asheikh said...

...He also emphasized the need for intellectual security and protection from extremist, deviant, terrorist and extremist ideologies.

The pilgrims chanted anti-US and anti-Zionist slogans during the ceremony also attended by the Supreme Leader's representative for Hajj affairs, Hojatoleslam Mohammad Mohammadi Reyshahri... "God is Great", "There is no Deity but Allah", "Death to Israel", and "Death to America" were among the slogans chanted by the masses in unison as they gathered in the Desert of Arafat...

Perhaps the reporters misunderstood the cries; maybe the pilgrims were chanting Debt to America. 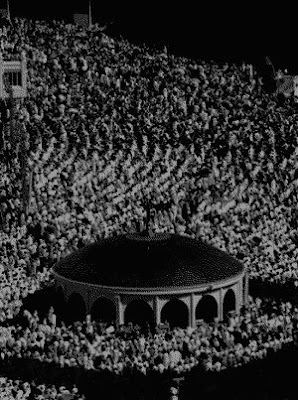 In any event, I patiently searched Google News for sermons that decried the atrocities at Mumbai to no avail. It would seem a curious omission. But perhaps I just missed it.

Hat tip: Gateway Pundit.
at 6:21 AM
Email ThisBlogThis!Share to TwitterShare to FacebookShare to Pinterest
Labels: extremism