Why did Valerie Jarrett drop out of contention for the Illinois Senate seat on November 12? One possible answer


What possessed Valerie Jarrett to abruptly and decisively drop out of the competition for the Illinois Senate seat? Did someone leak word of the federal wiretap to Jarrett, thereby causing her to remove herself from consideration?

From all reports, Fitzpatrick is a stand-up guy who would not leak details of the tap. I'm guessing his staff members were sufficiently vetted that they would remain silent as well. 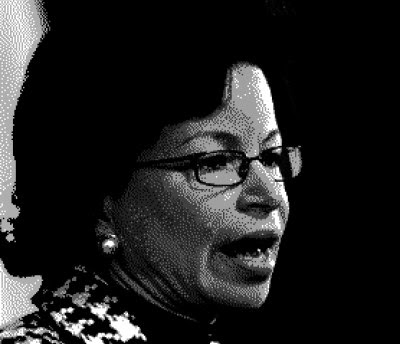 So how could Valerie Jarrett have found out about the investigation of Blago? And how could she do so without alerting Rahm Emanuel, who continued to engage in conversations (21 in total by some accounts)? I'm betting Jarrett found out from an insider, who was aware of the investigation, and counseled her to stay as far away as possible.

And that insider may have had the means, the motive and the opportunity to dissuade Jarrett from pursuing the seat. 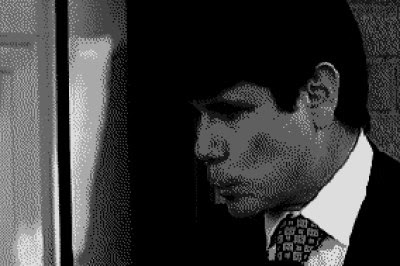 November 7: Blago discussed the open Senate seat in a three-way call with his advisor John Harris and Advisor B, a Washington D.C.-based consultant. Blago indicated in the call that if he was appointed as Secretary of Health and Human Services by Obama, then Blago would appoint Valerie Jarrett to the open Senate seat.

November 10: Blago, his wife, Harris, Governor's General Counsel William Quinlan Jr., and various Washington-D.C. based advisors, including Advisor B, discussed the open Senate seat during a conference call. Blago said that the consultants (Advisor B and another consultant are believed to be on the call at that time) are telling him that he has to “suck it up” for two years and do nothing and give this “motherf***er [Obama] his Senator. "F*** him. For nothing? F*** him.” Blago states that he will put [Deputy Governor Louanner Peters] in the Senate “before I just give f***ing [Valerie Jarrett] a f***ing Senate seat and I don’t get anything.” Blago stated that he needs to find a way to take the “financial stress” off of his family and that his wife is as qualified or more qualified than another specifically named individual to sit on corporate boards. According to Blago “the immediate challenge [is] how do we take some of the financial pressure off of our family.” Later in the phone call, Blago stated that absent getting something back, Blago will not pick Valerie Jarrett.

November 10: Advisor A alerts Jackson to the forthcoming leak and that he could be positioned to supercede Jarrett.

November 11: Blago talked with Harris about the Senate seat. Blago suggested starting a 501(c)(4) organization (a non-profit organization that may engage in political activity and lobbying) and said he knows that Obama wants Valerie Jarrett for the Senate seat but “they’re not willing to give me anything except appreciation. F*** them.”

November 11: Jackson calls Jarrett and implies that the federal investigation of Blago is heating up. The message to Jarrett: you'd do well to avoid dealing with Blago due to forthcoming charges against the governor; take a position with the President-Elect, because it will be safer. 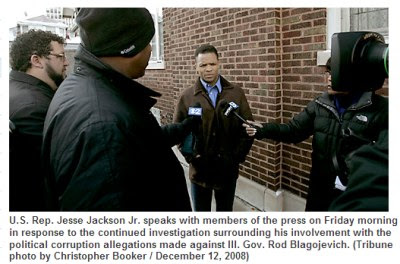 November 11: Blago talked with Advisor A. Advisor A indicated that he will stay “on top” of getting the Rep. Jesse Jackson, Jr. information leaked to the particular Sun Times columnist.

November 11: Jarrett tells Obama that she would like to withdraw from consideration for the Senate seat. She indicates she'd like to serve in the administration instead as she would prefer to serve by his side and continue to assist with policy. Obama agrees and proposes a senior-level position.

November 12: Jarrett emails the Tribune saying, "I am not interested in the Senate seat."

November 12: Blago talked with Harris. Blago noted that CNN is reporting that Valerie Jarrett does not want the open Senate seat.

Could Jesse Jackson Jr. have attempted to kill two birds with one stone by telling Jarrett to stay away from Blago?

The means: Jackson had knowledge of the federal investigation and could speak convincingly of the trouble Blago was in.

The motive: in a best case scenario, triple-J advances himself in the Senate pecking order; in a worst-case, the feds sully Rahm Emanuel's name and triple-J becomes part of smaller circle of Obama confidantes.

The opportunity: Jackson, with a single, well-positioned communication, had time on his side.

Furthermore Jarrett and federal informant Jesse Jackson, Jr. are friends and colleagues. Jarrett contributed to triple-J's Congressional campaign. They both belong to the Black Law Student Association Alumni group. And they are generally considered among Obama's closest confidantes.

Did Jackson sabotage Jarrett's chances for his own benefit? Or did he candidly warn her of a Governor gone wild? Methinks we won't have to wait much longer to find out.