Moments ago The Wall Street Journal reported that Illinois Governor Rod Blagojevich was just arrested for (allegedly) offering to sell the Senate seat vacated by President-Elect Obama (download the complaint (PDF)). Blagojevich and his chief of staff were each charged with conspiracy to commit mail and wire fraud and solicitation of bribery. And there's quite a history:

Corruption in the Blagojevich administration has been the focus of a federal investigation involving an alleged $7 million scheme aimed at squeezing kickbacks out of companies seeking business from the state. Federal prosecutors have acknowledged they're also investigating "serious allegations of endemic hiring fraud" under Mr. Blagojevich.

Political fundraiser Antoin "Tony" Rezko who raised money for the campaigns of both Messrs. Blagojevich and Obama is awaiting sentencing after being convicted of fraud and other charges. Mr. Blagojevich's chief fundraiser, Christopher G. Kelly, is due to stand trial early next year on charges of obstructing the Internal Revenue Service.

Methinks the investigations aren't done yet. In November MarketWatch reported that (via The Washington Times) FBI investigators were asking questions about the Rezko-Obama land deal. 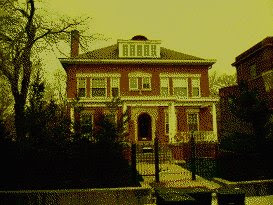 A former Illinois real estate specialist says FBI agents have questioned him about a Chicago property that had been bought by convicted felon Tony Rezko's wife and later sold to the couple's next-door neighbor, Sen. Barack Obama.

The real estate specialist, Kenneth J. Conner, said bank officials replaced an appraisal review he prepared on the property and FBI agents were investigating in late 2007 whether the Rezko-Obama deal was proper.

“Agents and I talked about payoff, bribe, kickback for a long time, though it took them only a short number of minutes of talking with me while looking at the appraisal to acknowledge what they already seemed to know: The Rezko lot was grossly overvalued,” Mr. Conner told The Washington Times Monday. 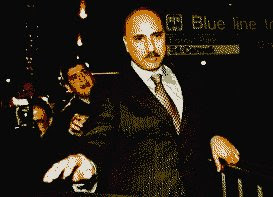 ...Chicago real estate developer Tony Rezko was convicted June 16 on felony counts of fraud, money laundering, and aiding and abetting a bribery scheme involving kickbacks from companies wanting to do business with the state... Conner said his appraisal of the Rezko property, held in Rita Malki Rezko's name, was replaced with a higher one and he was fired when he questioned the document.

...According to his complaint, Mr. Conner reviewed the appraisal of the Rezko property by another firm, Adams Appraisal, which had set the value at $625,000. The complaint said he told his bosses the property had been overvalued by at least $125,000 and that a “reasonable and fair evaluation” should have been no greater than $500,000.

Mr. Conner said the removal of his appraisal “seemed understood as a crime with respect to the subpoena” of the Rezko property and the FDIC audit.

Aerial photos of the buildings developed by Rezko, Valerie Jarrett and other friends of Obama will give you a new perspective on the meaning of "change".

Aren't the drones glad they voted for a member of the squeaky clean Chicago political establishment to orchestrate trillions in bailouts?

I mean, what could possibly go wrong with that?

After they're done with us, we'll all be hoping for a change. 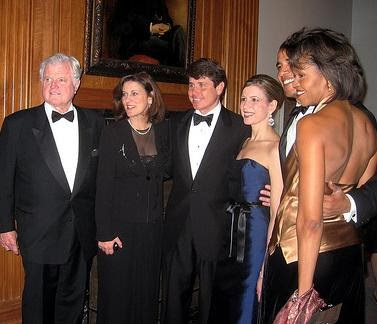 CNN somehow forgot to mention the Governor's a Democrat.
at 11:31 AM
Email ThisBlogThis!Share to TwitterShare to FacebookShare to Pinterest
Labels: Crime, Democrats, Obama