Ruh roh! Local Chicago news stations are reporting that Obama Chief of Staff Rahm Emanuel is believed to be one of the parties taped by the FBI in their investigation of Governor Blagojevich. 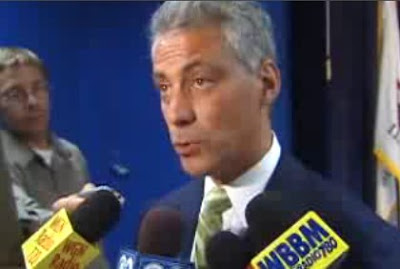 "...Rahm Emanuel did, in fact, have multiple conversations with Governor Rod Blagojevich -- and his chief of staff John Harris -- about the Senate seat... The conversations took place after the FBI wire taps were put in place and after Emanuel was promoted to Chief of Staff by Barack Obama... 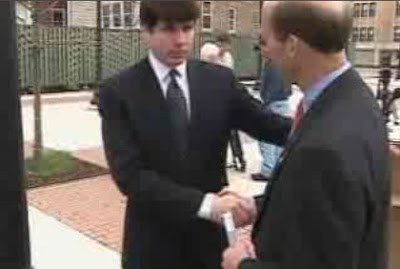 For you liberals progressives playing at home, that's taped by the FBI. In the course of a major federal investigation.

That thumping sound you're about to hear will be Emanual slamming the pavement repeatedly after getting tossed under the bus.

Update: The AP is reporting that advisers to Jesse Jackson, Jr. were soliciting $1 million in cash to pay for the open Senate seat. The million would go to "Blagojevich to help persuade him to appoint Jackson."

The original reporting, from The Chicago Tribune, includes some bare naked admissions:

"Raghu said he needed to raise a million for Rod to make sure Jesse got the seat," the second businessman said. "He said, 'I can raise half of it, $500,000.' The idea was that the other two would help raise the rest."

at 9:21 AM
Email ThisBlogThis!Share to TwitterShare to FacebookShare to Pinterest
Labels: Crime, Democrats, Obama