The guys behind the UN's massive global warming bunko scam must be livid today. A plethora of articles confirm to even the most obtuse observer that the planet is cooling, not warming. 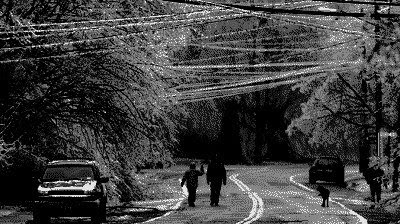 When even Time Magazine says so, things must be getting rough for the IPCC's unique band of climate grifters.

The World Meteorological Organization (WMO) on Tuesday released its weather analysis for the year and found that 2008 has been the coolest year since the turn of the century...

Brian Sussman, writing at The American Thinker, offers candid evidence of the trend.

Ironically, as Obama yammered [about warming], Louisiana hurriedly prepared for a powerful cold front which would arrive the following night. The wintry storm ultimately dumped 6 inches of snow in Livingston Parish and dusted New Orleans with its earliest snowfall since records were accurately established in 1850. And the deep-south cold snap was not an isolated event.

And scientists are not happy with the Associated Press and its recent report on global warming.

Scientists skeptical of the assertion that climate change is the result of man's activites are criticizing a recent Associated Press report on global warming, calling it "irrational hysteria," "horrifically bad" and "incredibly biased." ([Editor: and that would be out of character for the AP how?)

...They say the report, which was published on Monday, contained sweeping scientific errors and was a one-sided portrayal of a complicated issue... "If the issues weren't so serious and the ramifications so profound, I would have to laugh at it," said David Deming, a geology professor at the University of Oklahoma who has been critical of media reporting on the climate change issue...

"The mean global temperature, at least as measured by satellite, is now the same as it was in the year 1980. In the last couple of years sea level has stopped rising. Hurricane and cyclone activity in the northern hemisphere is at a 24-year low and sea ice globally is also the same as it was in 1980."

And scientists have even worse news for the scammers: volcanoes, not asteroids, probably killed off the dinosaurs.

[Scientists can] now say more about the life-extinguishing work of a massive series of sulfur dioxide-spewing volcanic eruptions that occurred in what is now India at the time of the dinosaur-destroying K-T mass extinction (the shorthand given to the Cretaceous-Tertiary extinction)... 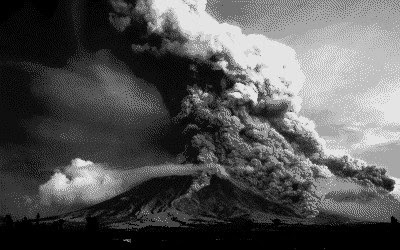 ...[these] colossal volcanic eruptions, occurred between 63 million and 67 million years ago. The huge volcanic explosions created the Deccan Traps lava beds in India, whose original extent may have covered as much as 580,000 square miles (1.5 million square kilometers), or more than twice the area of Texas.

And considering that a single supervolcanic explosion can release more greenhouse gases than all of the cars in the U.S. for an entire year, perhaps Al Gore should levy a Volcano Tax. Or create a carbon trading scheme involving Mount Saint Helens, his mouth and his rear end.

Was that too harsh? I'll try and tone down the vitriol, but only if Gore tones down the "science is settled" claptrap. Science, by definition, is never settled. But then, if Gore is a scientist, I'm Bette Midler.
at 8:46 PM
Email ThisBlogThis!Share to TwitterShare to FacebookShare to Pinterest
Labels: Climate, Crime, Democrats