Congresswoman Anna Eshoo (D-Gesundheit) wants to resurrect and strengthen The Fairness Doctrine. And besides covering talk radio, she would like to censor cable, satellite programming and broadcast television. Because there's nothing more important for Congress to work on, apparently. No high priority economic mess, for instance. 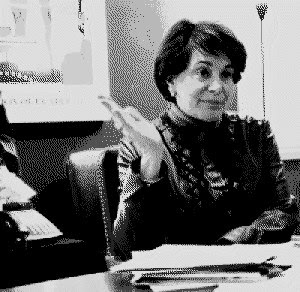 “I’ll work on bringing it back. I still believe in it,” Eshoo told the Daily Post in Palo Alto.

The Fairness Doctrine required TV and radio stations to balance opposing points of view. It meant that those who disagreed with the political slant of a commentator were entitled to free air time to give contrasting points of view, usually in the same time slot as the original broadcast...

Eshoo said she would recommend the doctrine be applied not only to radio and TV broadcasts, but also to cable and satellite services.

“It should and will affect everyone,” she said [calling] the present system “unfair,” and said "there should be equal time for the spoken word."

The [Fairness] doctrine, which only applied to broadcasting, was scrapped by the FCC as unconstitutional in 1987... The doctrine's demise is credited -- or blamed, depending on who is citing it -- for the rise in conservative talk radio. Hosts including Rush Limbaugh and Mark Levin have expressed concerns that the new Democratic regime in Congress will try to reinstate the doctrine as a way to silence their critics.

Contributing to that concern were recent comments by Democratic Senator Charles Schumer of New York to Fox News last month.

The office of House Speaker Nancy Pelosi, yet another California Democrat, has raised the specter of its return. More recently, Sen. Jeff Bingaman (D-N.M.) said in an interview on talk station KKOB-AM Albuquerque that he hoped there would be a push for the doctrine, saying that “all stations should have to represent a balanced perspective…instead of always hammering away at one side of the political [spectrum].”

That First Amendment thingie is such a nuisance. And if we can just silence our critics and utterly control media content, we'll achieve a Democrat Utopia, dontcha know? 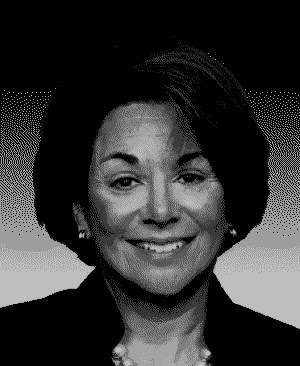 As of this moment there are 61 radio stations in New York City. Stations broadcast everything from Air America to Reggae Hip Hop and everything in between.

The reason liberal ideas don't resonate with the general public is that they are forced to compete on the merits of the ideas alone.

They would prefer that big government decide what you can listen to, how much fuel your car can consume, what workers' organizations you must join, how much carbon dioxide you can expel, what your retirement stipend must be, which benefits you should consume for your health-care needs... and so on, ad infinitum. They want government to control every aspect of your life.

Furthermore, competition exposes their ideas as intellectually bankrupt, morally reprehensible and ultimately at odds with the vision the Framers held for this country.

You may recognize the fairless doctrine from previous corrupt and failed socialist governments.

We will resist the Fairless Doctrine and fight your vision of a totalitarian regime that regulates and approves content. In fact, why not put (D-Venezuela) after your name, you pathetic goon?

Note to readers: was that too harsh? I'm in a bad mood tonight.
at 9:09 PM
Email ThisBlogThis!Share to TwitterShare to FacebookShare to Pinterest
Labels: Crime, Democrats, MSM