A response to Glenn Greenwald's egregious support of Hamas in the form of a parable. 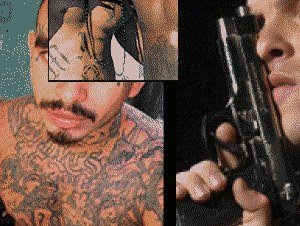 There's a set of gangbangers who hang out near Glenn Greenwald's mobile home in the local trailer park. 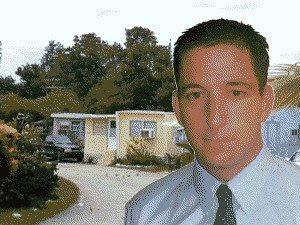 They don't like the looks of Greenwald, what with his hair mousse, his starched oxford shirt and his BlackBerry. So a few years ago, just after he moved in, the gangbangers began "popping off some caps" in his general direction.

Not well-aimed, mind you, and usually just .22 caliber "Saturday Night Specials" like Lorcins. They're primitive, inaccurate weapons and have almost no chance of hitting Greenwald from 100 yards away. 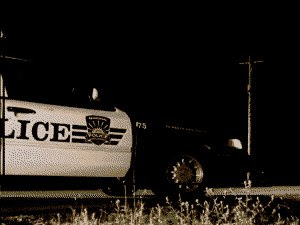 When it first started happening, back in '05, Greenwald called the cops. His first thought was that the law enforcement community would bring some order back to the trailer park and certainly stop the gangbangers from taking potshots at him. 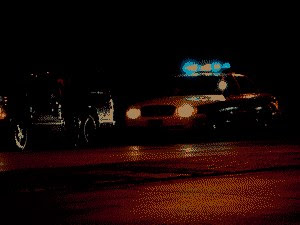 But the cops, aside from talking, did nothing. A sergeant told Greenwald that, "the neighborhood has been real bad like this for decades... we can't do anything about it. If we stop 'em, they'll be ten more to take their place the next day." 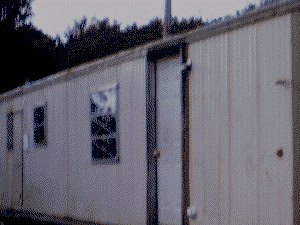 So day in and day out, as Greenwald and his life partner entered and exited their mobile home, they would flinch and duck as shots rang out in their direction. 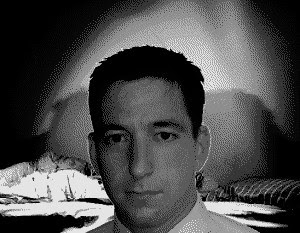 Greenwald himself started taking anti-depressants and anxiety meds. Every time he heard a loud noise outside, his heart raced. He had trouble sleeping. 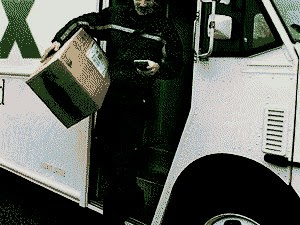 At work one day, Greenwald happened to start a conversation with an express delivery driver who had dropped off a package at the office. Greenwald asked the driver about how he handled deliveries into the sketchier neighborhoods. 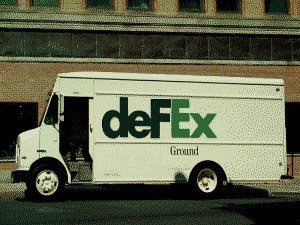 "They know me," the driver responded, "I don't have any issues. Now."

The driver went on to explain that he believed in the principle of peace through strength. After a couple of hoodlums had assaulted him and injured him badly during a delivery into a rough neighborhood, the driver used his military training to respond.

"What'd you do?" Greenwald asked, clearly interested in any tactic he could employ to deal with the ruffians. 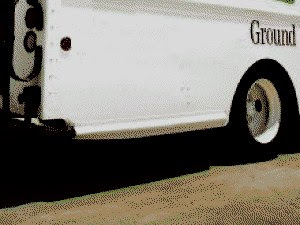 "Before my next delivery to that neighborhood, I fitted a special vent in my van. This lets me deliver both packages and rounds from my Barrett M107 .50 Caliber sniper rifle." 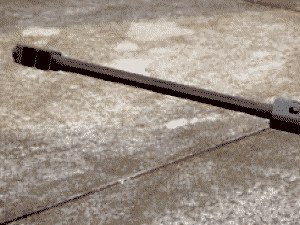 "Next time I had a delivery in the neighborhood, I parked a couple of blocks away from those same bullies who had jumped me, broken my ribs and stole my wallet. They were hanging out on the same stoop, blocking the entrance to the apartment building, smoking dope and drinking. Same as the last time." 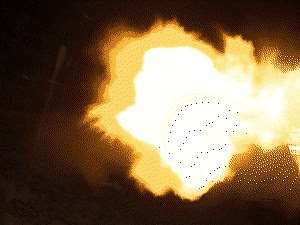 "But this time, I put a round from the Barrett into the stoop and scattered those suckers like cockroaches in the light."

"No kidding. You ever heard a Barrett sing? It sounds like a thunderclap... basically the end of the world."

"Nothing. Never had a lick of trouble from those scumbags again. And I guess they told some of their friends, because whenever my van shows up now, they all seem to disappear."

Greenwald grew excited and asked the driver a question.

You forgot the part where I invaded their homes, camped myself in the middle for 40 years, built walls around them so that I could control who goes out and what goes in, and blockaded them to the point where their children were denied basic nutritional and medical needs.

Other than those minor omissions, the parable was very even-handed and clever.

Of course! For a moment there, I mistakenly believed that the territory in question was once Egypt's, that Egypt tightly controls its border with Gaza, that Egypt denies its Arab brothers in Gaza even the most basic foods and medicines, and that -- forty years ago -- Egypt had simply attempted to defend itself against the callous, imperialistic invasion by its neighbors.

Thanks for setting me straight -- now I know what really happened!

Over the past four years [terrorists] fired more than 2,000 rockets at this civilian area, which is home to mostly poor and working-class people... The rockets are designed exclusively to maximize civilian deaths, and some have barely missed schoolyards, kindergartens, hospitals, and school buses... These anticivilian rockets have also injured and traumatized countless children.

...The firing of rockets at civilians from densely populated civilian areas is the newest tactic in the war between terrorists who love death and democracies that love life. The terrorists have learned how to exploit the morality of democracies against those who do not want to kill civilians, even enemy civilians...

Related reading: Netanyahu says "Hamas has to go."
at 11:46 AM
Email ThisBlogThis!Share to TwitterShare to FacebookShare to Pinterest
Labels: extremism, War