Now that the FCC, with all of its industry ties and inherent conflicts-of-interest, has allowed Ma Bell to reconstitute itself, can you guess which direction prices of mobile services are moving? Take text messages, for example.

In 2008, 2.5 trillion messages were sent from cell phones worldwide, up 32 percent from the year before, according to the Gartner Group and reported by The New York Times. But, what also rose in the last three years was the price — doubling from 10 to 20 cents per message while the industry consolidated from six major carriers to four.

And how much does it cost the telcos to send a text message? Basically nothing.

...A better description might be [that text messages] “cost carriers very, very, very little to transmit.” ...[the] messages are not just tiny; they are also free riders, tucked into what’s called a control channel, space reserved for operation of the wireless network... 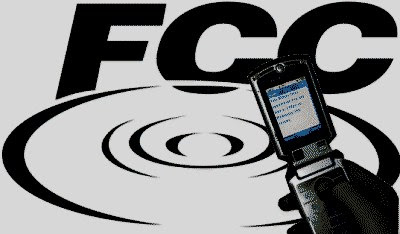 All four of the major carriers decided during the last three years to increase the pay-per-use price for messages to 20 cents from 10 cents. The decision could not have come from a dearth of business: the 2.5 trillion sent messages this year, the estimate of the Gartner Group, is up 32 percent from 2007. Gartner expects 3.3 trillion messages to be sent in 2009...

...The carriers will [soon have] opportunities to tell us more about their pricing decisions: 20 class-action lawsuits have been filed around the country against AT&T and the other carriers, alleging price-fixing for text messaging services.

The telcos are effectively insulated from competition, from wholesaling requirements, from basic free-market principles by an FCC that has way too many ties to the industry to offer clean counsel to consumers.

That's why I call the telephone and cable companies the Fannie Mae and Freddie Mac of telecommunications. And this sort of thing is exactly why I agree with Larwence Lessig: it's time to demolish the FCC.
at 9:54 AM
Email ThisBlogThis!Share to TwitterShare to FacebookShare to Pinterest
Labels: FCC, Mobile