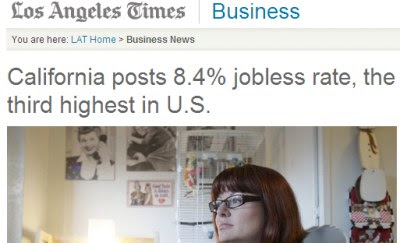 California's budget deficit will hit nearly $42 billion over the next 18 months. The Guardian reports that the immense shortfall may force it to pay bills with IOUs.

California is probably the most liberal, eh, I mean "progressive", states in the country. Years of Democratic rule have resulted in onerous environmental regulations, brutally high taxes, open border policies, massive pollution and an exodus of those who desire economic mobility rather than handouts.

The results are easy to predict. California lost 41,700 jobs in November and its unemployment rate hit a 15-year high. Its egregious unemployment record trails only that of Michigan and Rhode Island. 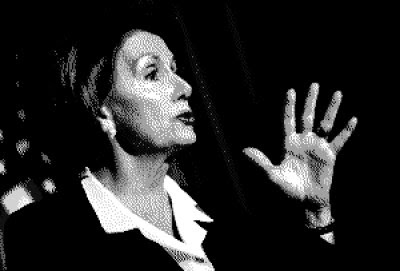 #3, #4, and #5 for unemployment? All Democrat-controlled states: California, Mississippi, and Obama's home state of Illinois.

The five states with the highest overall employment are all controlled by Republicans. No kidding.

Are ya smellin' the trend?

Update: Democrat-controlled Congress just voted itself a well-deserved pay raise, this time to $217,400 a year.

They work hard for their money, so you better treat 'em right.
at 11:28 PM
Email ThisBlogThis!Share to TwitterShare to FacebookShare to Pinterest
Labels: Democrats, Economy

As much as I welcome libertarianism, that strikes me as faulty logic. Correlation is not causation, and I suggest you are reversing causation. Unemployed tend to be democrats, so you get Democrat leaders, as opposed to Democratic leaders causing unemployment.