Delicious irony: was Chuck Schumer one of Madoff's victims?

For about 48 years, Madoff took in people's money and claimed to invest it through his proprietary "split-strike conversion". What's that? Actually, I've never heard of it. It's some sort of investment hocus-pocus that promises something for nothing. But Madoff always claimed he was making solid returns, in good times and bad, of 8-12% per year. Like clockwork. Such a deal. 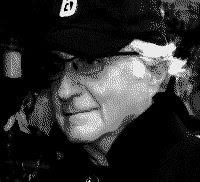 Then maybe they would get a discrete solicitation in the mail offering the opportunity to open a modest account. Maybe. Or maybe they wouldn't get that solicitation. And the people who were rejected wanted to know why. "So how come my money is no good with Madoff?" they would ask. And thus did the cachet grow. People wanted in.

"Hey, tell me how I can invest with this guy?" was the topic at many a dinner of lobster Newburg or veal a l'Oscar. So over the years, thousands of people, firms, businesses, charities, pensions, hedge funds and even government entities placed money with Madoff. And Madoff took it. With pleasure.

How did Madoff stay insulated from regulators and government oversight? As you might expect, he greased the skids. Senator Chuck Schumer was one of the primary recipients of Madoff's grease.

"My money, I'm returning," Schumer said... The $100,000 Madoff donated to the Democratic Senatorial Campaign Committee, run by Schumer until last month, should also be returned, but "that is their decision," Schumer said... A spokesman for the committee, now headed by Sen. Robert Menendez (D-N.J.), said, "We're reviewing it."

The critical question that arises has yet to be answered: did Madoff buy off Washington? 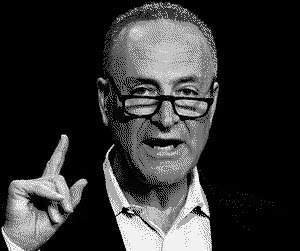 ...it takes a village to pull off a $50 billion investment fraud. In the case of the Madoff securities fraud, that village may have included his investors, family, accountants, regulators, politicians and hedge fund bundlers. And it could be that part of that village included two New York senators and the SEC. How so? Campaign contributions from Madoff to two New York senators and a family relationship between Madoff and an SEC investigator may have deflected any efforts to shut down the fraud.

Were Madoff's Washington money connections enough to keep investigators away? It's possible. Senate Banking Committee member Charles Schumer, D-NY, was the top congressional recipient of Madoff's... donations [and] claims it has turned over the money to charity. Others in Congress [who received money] from Madoff [include] Barney Frank, D-MA ($2,250) and Hillary Rodham Clinton, D-NY ($2,800).

Did the romantic relationship between an SEC attorney and a Madoff Securities compliance lawyer deflect the SEC from doing its job? ...In 2007, Eric Swanson, who served for 10 years as a lawyer at the SEC and left in 2006 while he was an assistant director of the office of compliance inspections and examinations in Washington, married Shana Madoff, Bernie Madoff's niece and daughter of Bernie's brother, Peter Madoff, chief compliance officer for Madoff Securities. Shana is Madoff Securities' compliance attorney.

And this doesn't even detail how the $400,000 he spent on Washington lobbying got doled out. One question that remains unanswered: Where did all the $50 billion go? If the regulators had been doing their job, we might know...

Some of Madoff's victims have checked out for good. Gawker reports that one ruined investor left a gruesome suicide scene. 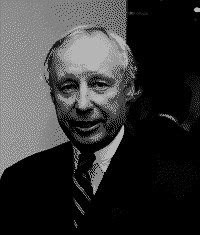 Bernie Madoff's $50 billion Ponzi scheme is growing fatally baroque. A French banker was found dead, in a grotesque office tableau, after losing $1.4 billion in the scheme... Thierry de la Villehuchet, CEO of Access International Advisors, a money-management operation who placed investors' funds in Madoff vehicles, stabbed himself to death with a box cutter after taking sleeping pills, according to New York Police Commissioner Ray Kelly, who spoke to Bloomberg...

De La Villehuchet was found “with his feet propped up on his desk, a trash pail nearby to collect blood,” and no sign of a second person, Kelly said in the interview... The money manager had “multiple stab wounds” to his arms and wrists, and a box-cutter and pills were found nearby, Kelly said at a news conference. No suicide note was found. 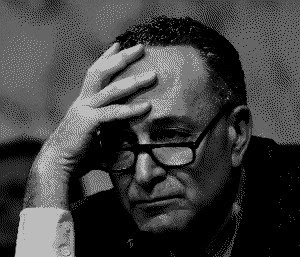 This suicide is in my building. I go outside to Europa for a sandwich and reporters are all outside asking everyone what the scene was like, but I was only on the 4th floor.

This is at about 2pm, hours after the body was found and taken away so I'm guessing they were hoping to find an employee or at least a chatty resident.

It's all a little morbid and many people in the building are understandably shaken up.

Also...
Schumer visits this building a lot so maybe look into whether he has also lost a lot in this Madoff batsh*ttery.

Sure, it's flimsy. Consider, however: Schumer was tightly linked with Madoff based upon the latter's contribution patterns. And to get "into the Madoff club" -- a highly desirable and elite cadre, it would appear -- you almost needed a personal invitation.

Schumer would have the means and the opportunity.

So what would you call it if Schumer really did get taken by Madoff for a good chunk of change?

How about poetic justice?

Update: Jammie Wearing Fool alerts us to the ACLU's loss of $850K in the Madoff catastrophe. And that Frank Lautenberg and several other NYC-area pols may have been hit hard as well.

Update II: Writing at The invaluable American Thinker, Richard Weltz records the monotonic meme at the rapidly hemorrhaging Gray Lady. It's suitable for saving in the time capsule for the moment when, in 50 years, the little ones ask, "Grandpa, what was 'the New York Times'?"
at 9:30 AM
Email ThisBlogThis!Share to TwitterShare to FacebookShare to Pinterest
Labels: Crime, Democrats, Investments, Schumer