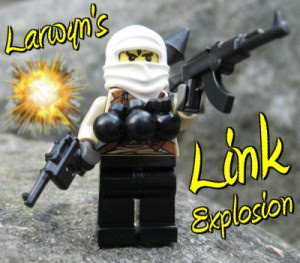 • Chicago Tribune stopped working with prosecutors, forced arrest of Blago too early: Had it not been for the Tribune's Dec. 5 story, the meeting Blagojevich's brother was arranging [to sell the Senate seat] might have proceeded. Mr. Blagojevich is quoted as citing the story, in the affidavit, then calling off the meeting. At a minimum, the FBI's recorders would have been rolling when he reported back... Jurors love video.

• Welcome to ACORN General Hospital: Ever wonder what Michelle Obama did for The University of Chicago Medical Center to warrant a raise from $120K to $300K a year? Forget the fact that her husband was elected to the U.S. Senate; she implemented Real Men Cook celebrations and the oh-so-popular Principal-for-a-Day program.

• : After 130 years of fundraising, Salvation Army told to shut up: no more rattling their collection cups as it might offend other religions. You know, like the Militant Quakers who tend to start shooting people when their religion is offended (or when someone calls them violent extremists).

"I have never spoken to the governor on this subject... I am confident that no representatives of mine would have any part of any deals related to this seat... I've asked my team to gather the facts of any contacts with the governor's office about this vacant seat, so that we can share them with you over the next few days." -- Barack Obama, 11 December 2008