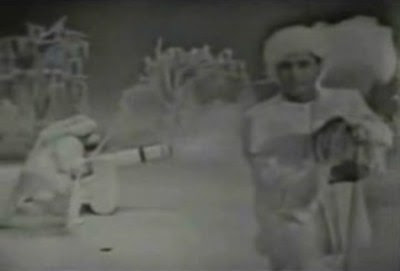 You know, written at a time when entertainers supported America and lionized its heroes? Well, if that song were written today, we'd have to revamp some of the lyrics to ensure political correctness.

[Chorus:]
We fired our guns and the British kept a'comin'.
MoveOn.org requires that the enemy be suitably warned using appropriate legal and lawfare mechanisms:
"We served our warrants and the British kept a'comin'."
There wasn't nigh as many as there was a while ago.
We fired once more and they began to runnin' on
MoveOn.org also requires non-deadly force be utilized:
"We fired our tasers and they began a'runnin' on"
Down the Mississippi to the Gulf of Mexico.