How did a dozen billionaires get ripped off in the biggest heist ever? They thought they were cheating average investors 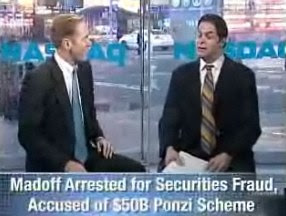 Billionaires around the world are scrambling to assess the losses and ripple effects from a reported $50 billion ripoff orchestrated by Bernard Madoff, the once well-regarded Wall Street trader.

Law enforcement officials accused the 70-year old one-time chair of NASDAQ with operating a Ponzi scheme of an unthinkable magnitude. In other words, he was rewarding original investors with bogus returns generated by new money from other investors.

In fact, Madoff -- a huge Democratic donor and fundraiser -- appears to have executed the biggest heist in history:

Madoff's investment advisory business served between 11 and 25 clients and had a total of about $17.1 billion in assets under management...

...On Dec. 10, 2008, Madoff informed the Senior Employees, in substance, that his investment advisory business was a fraud. Madoff stated that he was "finished," that he had "absolutely nothing," that "it's all just one big lie," and that it was "basically, a giant Ponzi scheme. Madoff stated that the business was insolvent, and that it had been for years. Madoff also stated that he estimated the losses from this fraud to be at least approximately $50 billion.

Yep, $50 billion. In other words, that $17.1 billion is only the beginning: presumably Madoff's clients had invested much more than that, and Madoff was sending statements to them, on the one hand, while reporting different numbers to the SEC, on the other -- none of which were true... If the total losses are really $50 billion, that means that the average loss to Madoff's clients is a minimum of $2 billion, and perhaps as much as $4.5 billion. After all, in a Ponzi scheme, everybody comes out fine, except the last people out: the 11 to 25 clients still with Madoff to this day.

So why did investors put so much stock in Madoff? 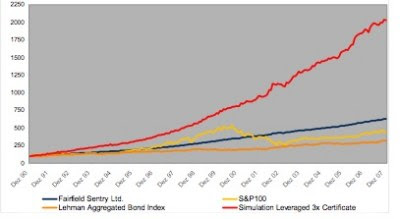 Put simply, they thought he was cheating. Cheating through insider trading, that is. Henry Blodget has one view.

For years and years I've heard people say that [Bernie's] investment performance was too good to be true. The returns were too steady -- like GE earnings under Welch -- and too high given the supposed strategy.

One Madoff investor, himself a legend, told me that Madoff's performance "just doesn't make sense. The numbers can't be straight." Another sophisticated Madoff investor actually went through trade confirms in order to reverse-engineer the strategy and said, "it doesn't add up." 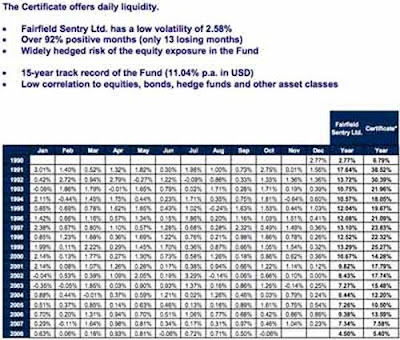 So why did these smart and skeptical investors keep investing? They, like many Madoff investors, assumed Madoff was somehow illegally trading on information from his market-making business for their benefit. They didn't consider the possibility that he was clean on that score but running a good old-fashioned Ponzi scheme.

So how did these billionaire investors get taken? Blodget says -- and I suspect he's right -- they knew he was cheating and that's why they invested. They just didn't realize Madoff was ripping them off; they thought he was stealing from the average investor through insider trading. 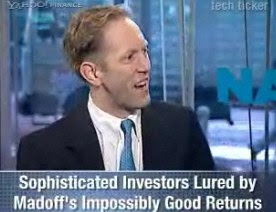 Madoff founded Bernard L. Madoff Investment Securities LLC in 1960. A separate advisory business had approximately $17 billion in assets under management. Many high net worth individuals could have some indirect exposure to the scam through investments in the firm's direct clients.

And how did investors react? The same way anyone does to a troubled institution, whether dealing with a $1,000 in a savings account or a $2 billion trust. 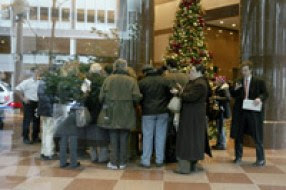 About a dozen angry investors gathered on Friday in the lobby of the Lipstick Building in midtown Manhattan, where the market-making firm and advisory fund are both headquartered, demanding to know the fate of their money... One woman who declined to give her name said that when she called the firm's offices on Thursday she was told it was "business as usual." Another investor groused, "Business as usual? Of course it's business as usual. We're getting screwed left and right." ...Police later evicted the small group from the building.

Prior to Madoff's arrest, investors had wondered how he was able to generate annual returns in the low double digits in a variety of market environments. ..."Many of us questioned how that strategy could generate those kinds of returns so consistently," said Jon Najarian, an options trader who knows Madoff and is a co-founder of optionmonster.com.

The indictment makes it clear: Madoff's operation was smoke and mirrors. With more smoke than mirror.