Speaking at a museum in Germany, Nobel Prize-winner Al Gore made yet another sales pitch for Global Warming™. You know, that's the problem where humans are spewing too much toxic Carbon Dioxide into the atmosphere. And that's the same problem that can only be solved by purchasing roughly $250 billion in "carbon offsets", preferrably from companies he's involved with. 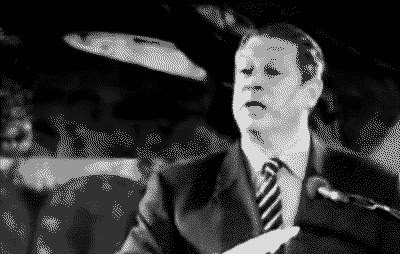 Gore stated that because of man's outrageous use of Carbon Dioxide -- you may remember the molecule from a little-known process called "photosynthesis" -- the entire Polar Ice Cap will have melted in five years. Seriously, he said that.

Gore's statement, in part, was: "The entire polar icecap [will be] gone... ...in five years, the period in which it is now expected to disappear."

You may remember that Gore's movie, An Inconvenient Truth, depicted rising ocean levels due to ice melt. And Gore predicted our shores will flood and coastal cities would sink beneath the water, thereby causing millions of homeless to relocate to Red States. In fact, the movie posits that melting ice could release enough water to cause a 20-foot rise in sea level "in the near future." 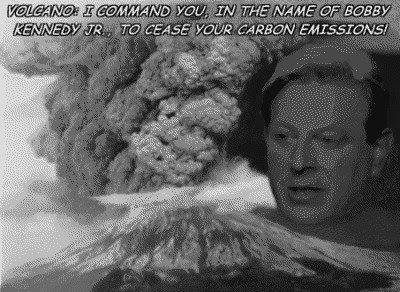 Pity that Gore's scientific knowledge is just a couple of notches below that of Britney Spears. Because even Brit-Brit knows that the loss of sea ice by itself can't contribute to a rise in sea levels, just as an ice cube that melts in a glass of water doesn't raise the level.

And, by the way, weren't we warned all this was going to happen by 2008? I guess maybe it took a rain-check and now it's 2013. Put in simple terms for the liberals progressives reading along (moving their lips, I'm sure), global warming appears to be nothing less than a UN-backed bunko scam that aims to regulate and control the U.S. economy.


If the North Pole really does melt, I'm hoping Santa and his elves take over one of Gore's three mansions. Maybe the one in Nashville that consumes 20 times the average American household's electricity. At least the little toy-makers will be producing something useful.

Linked by: American Thinker and Brutally Honest. Thanks!
at 9:36 PM
Email ThisBlogThis!Share to TwitterShare to FacebookShare to Pinterest
Labels: Climate, Democrats, Gore