Ask not for whom the bell tolls, Bill Keller. It tolls for thee. 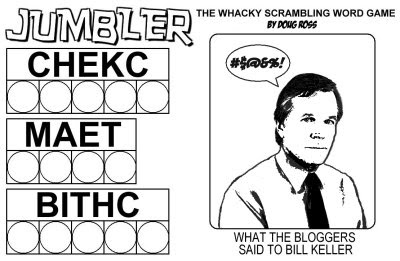 The decrepit New York Times Company is threatening to "shut down" The Boston Globe unless the newspaper's unions immediately agree to $20 million in additional concessions. John Hinderaker points out the obvious hypocrisy.

The Times endorses Big Labor's legislative agenda pretty much down the line, but when it comes to its own business operations, it can't help noticing that antiquated union contracts threaten its very existence. We've advocated bankruptcy for GM and Chrysler for exactly that reason. Maybe the Times, too, should take advantage of Chapter 11 to rid itself of unsustainable union contracts. And then maybe the Times' owners, managers, editors and reporters should re-think their commitment to the destructive left-wing agenda of the labor unions

Dare to dream, John, dare to dream. Times Editor Keller is going down with his ship. 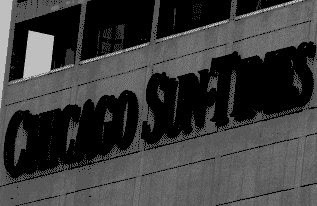 The Sun-Times Media Group -- which owns the venerable Chicago Sun Times and nearly 60 other newspapers -- filed for Chapter 11 bankruptcy on Tuesday.

Last week, The Washington Post announced that it will seek an unspecified number of voluntary buyouts. Despite thousands of requests from disgruntled readers, Richard Cohen has -- thus far -- declined to accept the offer. 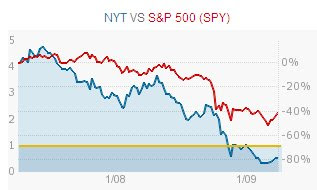 Also last week, after a series of unsuccessful efforts to shore up finances, The New York Times laid off 100 workers, slashed salaries by 5% and announced plans to require two-week unpaid vacations (i.e., furloughs). That measure came after a sale and lease-back of its newly-constructed, 52-story Manhattan headquarters; a suspension of its quarterly dividend; and acceptance of a $250 million loan from Mexican financier Carlos Slim.

The McClatchy Co. -- owner of The Miami Herald -- announced it would cut 1,600 jobs (15%) and slash its dividend in an attempt to regain its economic footing.

The recent announcements are only the latest in a series of newspaper closings. Denver's Rocky Mountain News, Seattle's Post-Intelligencer and The Christian Science Monitor have completely shut down print operations. The Denver paper has ceased operating altogether.

Late last year, the Tribune Company, which owns The Los Angeles Times and The Chicago Tribune, filed for bankruptcy protection; it was a capitulation to a monstrous debt burden of $12 billion.

Liberals are having a hard time determining why their newspapers are going out of business, why their radio shows fail to attract audiences, and why their cable stations -- combined -- can't muster an audience to match that of Fox News.


Is Bill Keller really that stupid?

No. Just like Barack Obama, Keller is an ideologue, not a businessman.

By December 1, 2009, the print version of the Times will have joined the cavalcade of defunct New York city newspapers. You can mark that in your calendar. And report on it, if any pro journalists are reading along with us.

Update: How does the New York Times review the best-selling book in the country?

By ignoring it. In the two paragraphs of the "review", there was nary a mention of anything in the book.

at 10:41 AM
Email ThisBlogThis!Share to TwitterShare to FacebookShare to Pinterest
Labels: Democrats, extremism, MSM