Ben sent this one in.

Heidi is the proprietor of a bar in Detroit. In order to increase sales, she decides to allow her loyal customers - most of whom are unemployed alcoholics - to drink now but pay later. She keeps track of the drinks consumed on a ledger (thereby granting the customers loans).

Word gets around about Heidi's drink now pay later marketing strategy and as a result, increasing numbers of customers flood into Heidi's bar and soon she has the largest sale volume for any bar in Detroit . 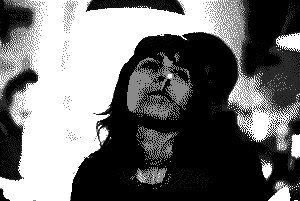 By providing her customers' freedom from immediate payment demands, Heidi gets no resistance when she substantially increases her prices for wine and beer, the most consumed beverages. Her sales volume increases massively.

A young and dynamic vice-president at the local bank recognizes these customer debts as valuable future assets and increases Heidi's borrowing limit.

He sees no reason for undue concern since he has the debts of the alcoholics as collateral.

At the bank's corporate headquarters, expert traders transform these customer loans into DRINKBONDS, ALKIBONDS and PUKEBONDS. These securities are then traded on security markets worldwide. Naive investors don't really understand the securities being sold to them as "AAA-rated secured bonds" are really the debts of unemployed alcoholics.

Nevertheless, their prices continuously climb, and the securities become the top-selling items for some of the nation's leading brokerage houses.

One day, although the bond prices are still climbing, a risk manager at the bank (subsequently fired due to his negativity), decides that the time has come to demand payment on the debts incurred by the drinkers at Heidi's bar.

Heidi demands payment from her alcoholic patrons, but being unemployed, they cannot pay back their drinking debts. Therefore, Heidi cannot fulfill her loan obligations and claims bankruptcy.

DRINKBOND and ALKIBOND immediately drop in price by 90%. PUKEBOND performs better, stabilizing in price after dropping by 80%. The decreased bond asset value destroys the bank's liquidity and prevents it from issuing new loans.

The suppliers of Heidi's bar, having granted her generous payment extensions and having invested in the securities are faced with writing off her debt and losing over 80% on her bonds. Her wine supplier claims bankruptcy, her beer supplier is taken over by a competitor, who immediately closes the local plant and lays off 50 workers.

The bank and brokerage houses are saved by the Government following dramatic round-the-clock negotiations by leaders from both political parties. The funds required for this bailout are obtained by a tax levied on employed middle-class non-drinkers.

at 4:08 PM
Email ThisBlogThis!Share to TwitterShare to FacebookShare to Pinterest
Labels: Democrats, Economy