I guess World War III really is over. The British government just released a once-classified 'doomsday' manual that describes how to engage in nuclear war. 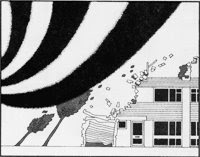 It's October 1968, and the Soviet Union has just landed cosmonauts on the moon. Warsaw Pact troops are massing on the Austrian border, and nuclear showdown looms between east and west.

This scenario never happened — except in planning exercises by British civil servants, who meticulously rehearsed how they would govern Britain in the days before, and after, World War III. The details are included in the "War Book," a secret Cold War manual declassified this month for the first time.

The book, which featured the doomsday scenario in a 1970 version, is a step-by-step guide for dealing with a crisis, from the first stages of conflict to "R hour," the designation for the release of all Britain's nuclear weapons.

...Britain became a nuclear power in 1952 and British politicians were under no illusions about the devastating effects of nuclear war. A 1955 report, kept secret until 2002, estimated that an attack by Soviet hydrogen bombs would kill 12 million people instantly.

So every two years during much of the Cold War, British civil servants participated in a dry run for the end of the world, practicing how they would do everything from crack down on subversives to evacuate art treasures from London.

In calm bureaucratic language — loaded with code words to render the book meaningless to those not in the know — the document describes how as the crisis worsened, civil servants would introduce censorship, evacuate all but the sickest patients from hospitals and eventually be sent to one of 12 underground bunkers scattered around the country. 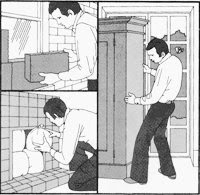 Britain was to be governed from these bunkers after a nuclear attack, with officials exercising powers of martial law over the remaining population.

Peter Hennessy, a historian who has studied the book and pushed for its release, said... "The surprise really is the width and magnitude of it — 16 chapters to get the nation from a peacetime footing to a total war footing. It is a remarkable enterprise," he told the BBC... "When you consider where this road of decision-taking is leading to, it's the end of the world. There's no other way of looking at it. You would expect it to be cold print, coldly analytical, but this is sheer hell, really, the thought of it." 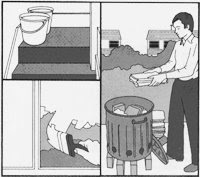 He told the broadcaster about what he called his "favorite measure" — the introduction of censorship for private correspondence — saying it "always aroused a lot of debate when we played these exercises."

The document is the latest in a chilling series of Cold War artifacts that have recently been made public. In October, the National Archives released the scripts of statements the government planned to broadcast over the BBC in the event of nuclear war in the 1970s. "This is the wartime broadcasting service," the announcement began. "This country has been attacked with nuclear weapons." 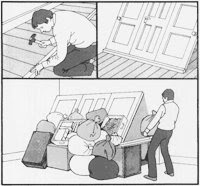 The government's first "War Book" was created in 1911, and it was updated regularly as warfare and the threats to Britain changed. Its contents were top secret — Spencer said only 96 copies were made of the 1964 book.

It's not known how many copies were made of the 1970 version. Parts of it were published in 2000, but the whole book was only released by the National Archives this month. Later versions remain classified.

The government no longer plans for war with the Soviet Union, which collapsed in 1991, but it still keeps a "War Book" and rehearses for disasters such as a major terrorist attack.

A Cabinet Office spokesman would give no details of the current plans, saying only that there are "lots of contingency plans to deal with lots of different crises we face today."

I've kinda forgotten the history behind it, but didn't the Cold War end after a beautiful Barack Obama speech in Cairo?