Justice is Served in the Acquittal of a Police Chief

Guest post by David H. Martin
The Chief of Police of a small Nebraska town has been acquitted of second-degree assault in a case involving threats to his life, endangerment to the community, and a life-or-death decision that brought about the death of a local young delinquent. Richard Thompson, 56, the once-popular police chief of Crawford, Nebraska, has spent nearly two years of his life fighting a charge that should never have been levied. I believe that justice has finally been done in this case, albeit much too slowly. 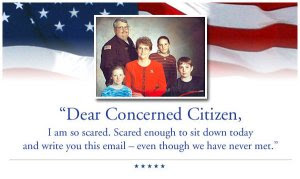 What makes this case noteworthy is that Chief Thompson had a gun pointed at his head by a youth who was obviously resisting arrest. The fact that the suspect was a 16-year-old juvenile delinquent further justifies Chief Thompson's actions.

According to witnesses, Jesse Britton, who had been recently released from a youth correctional facility, had stolen a gun, was the leading suspect in series of robberies and a bomb threat, and had threatened to shoot his own girlfriend and Chief Thompson.

The fatal incident occurred on October 3, 2007, when Britton hid in an abandoned building to evade arrest. Chief Thompson, accompanied by other officers, hoped to get the young hoodlum to turn himself in. With back-up officers outside, Chief Thompson and park police officer Dan Kling entered the building. Searching the premises, they spotted Britton crouching behind a desk. "Police! Show your hands!" they commanded repeatedly. Instead of complying, the young miscreant jumped up and pointed a 22-caliber revolver at Chief Thompson's head.

What would you do if a wild-eyed youth who had already threatened to kill you pointed a gun at your head? While Nebraska is no longer the wild west as portrayed in John Wayne movies, nevertheless Chief Thompson had to make a split-second choice: either shoot in self defense or be killed. He shot one bullet, and his partner, knowing that the Chief was in imminent danger, also fired. Young Jesse Britton was struck and died.

Under Nebraska law, a grand jury must be convened when a person perishes while being apprehended. A number of questionable procedures occurred that resulted in the unfair charge, such as using an expert in the grand jury proceedings to influence the jurors to find that Chief Thompson was "reckless." Reckless? I am not sure what charges would have been levied at the suspect if Chief Thompson had been wounded or killed, but reckless is hardly the word to describe his actions that day.

But the special prosecutor choose the word "reckless" for a reason. According to Nebraska law, use of force is not justified if the acts involved are deemed to be "reckless."

Following the grand jury finding, Chief Thompson faced a second-degree assault charge which, if he had been convicted, carried a five-year sentence. In November 2007, he was suspended without pay from the police force pending the results of the prosecution and was facing a minimum of $100,000 in legal fees. His family had to post a $50,000 bond for his release.

Richard Thompson contacted me about this case last year. As a lawyer who is also director of the Law Enforcement Legal Defense Fund, a nonprofit legal defense fund that helps police officers who get in trouble for doing their job, I found this case to be typical of many throughout the country. We assisted Richard Thompson with funds for his defense.

Fortunately, justice prevailed and North Platte (Neb.) Judge John Murphy said that the "court can only conclude that (Thompson) was acting in self-defense in the situation that presented itself."

Judge Murphy also said, "It appears to the court that this event has had a traumatic affect, not only on the family of the victim, but on the defendant, and perhaps upon the entire community of Crawford. It strikes the court that it has come time to put this tragedy into the past for all involved and to move on with their lives as best they can."

The tragedy in my mind is that a policeman -- and not just an ordinary cop but a Chief of Police -- has had to suffer grievously through an unfair prosecution for doing his duty and defending himself. It was unfair because Chief Thompson had to make an instant decision to defend himself or be shot. He should not have been second-guessed by a prosecutor who reviewed the decision from the comfort of an office.

And even with the acquittal of the criminal charges, his ordeal is not over. The family of the juvenile has filed a wrongful death civil suit in the U.S. District Court. The middle-aged Thompson, not a wealthy man, has had his life turned up-side-down.

Is it any wonder that crime is on the rise in cities nationwide when law enforcement officers are prosecuted for acting in self-defense while enforcing the law?