Interviewed on Charlie Rose, economics columnist and author Michael Lewis left no doubt that he believes a recovery is not imminent.

CHARLIE ROSE: And you think maybe more bad news is to come.

There are many thoughtful analysts who believe as Lewis does. Investment firm T2 Partners (PDF) offers its opinion, based upon hard numbers, that the full credit and banking crisis has yet to arrive. I selected some of the key panels from their June 1 presentation (click on any image to zoom). 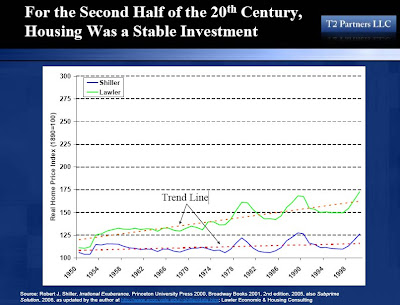 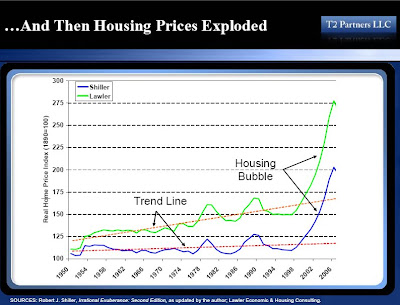 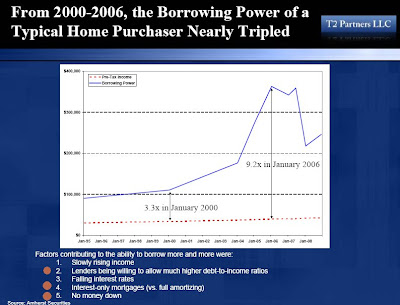 In recent years, lenders relaxed underwriting standards because they could pass on loans to upstream investors. The GSEs (Fannie Mae and Freddie Mac) and the FHA supported this framework by securitizing and insuring these low-quality loans. 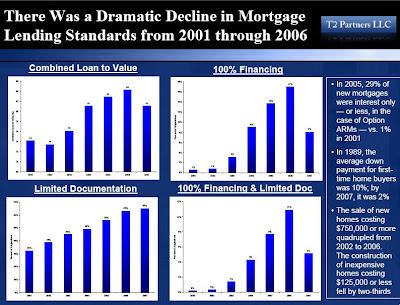 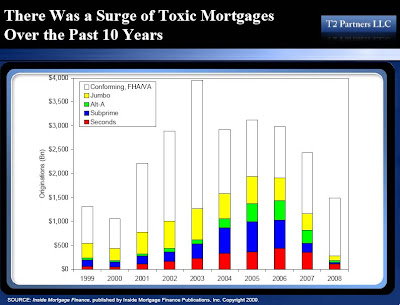 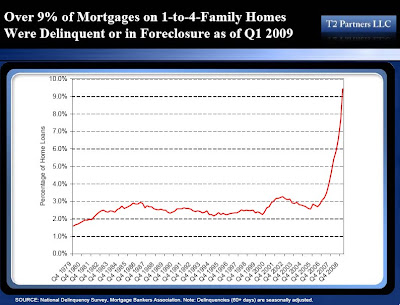 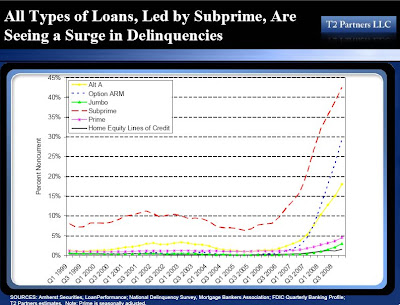 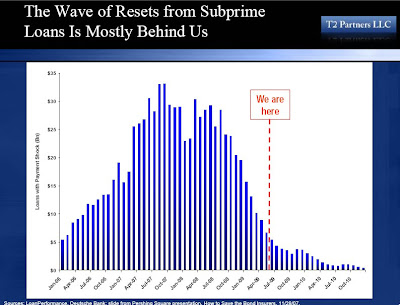 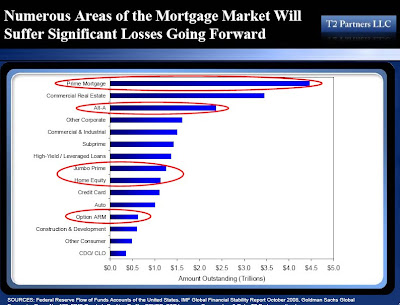 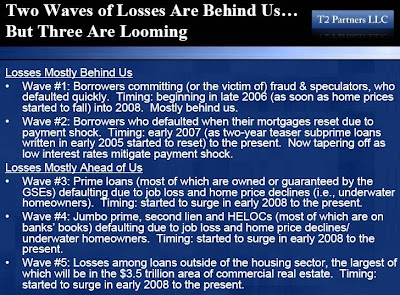 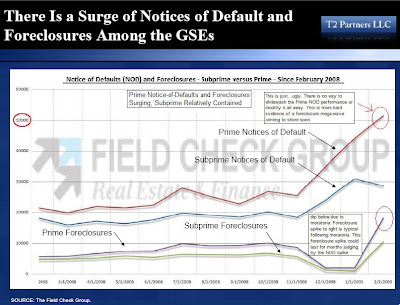 Defaults in "above subprime" loans continue to rise at a frightening rate. The current unemployment situation, of course, is not helping. 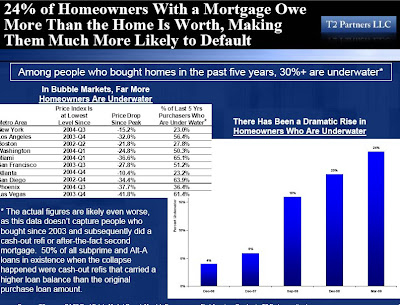 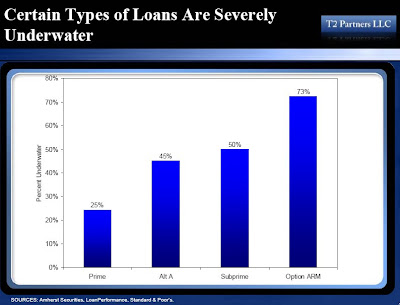 A huge percentage of Alt-A (just above subprime) and Option ARM (a dangerous adjustable rate package with "pick a payment" options) loans are underwater, meaning the homeowner owes more than the home is worth. The default rates on underwater mortgages continue to rise. 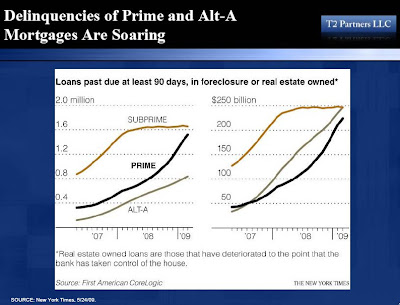 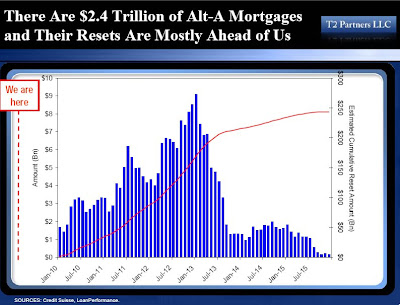 The biggest block of Alt-A and Option ARM defaults are still ahead of us. 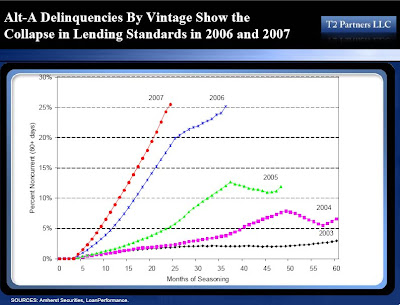 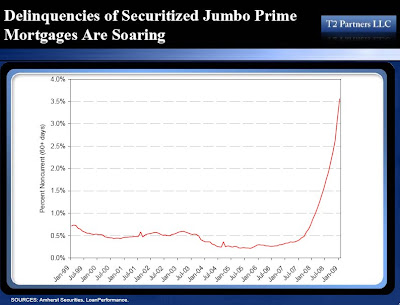 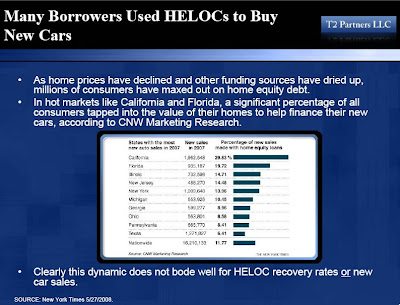 HELOCs (Home Equity Lines-of-Credit) were often used to purchase cars during the boom years. Now that HELOCs are defaulting, it bodes poorly for both the financial services and the automobile industries. 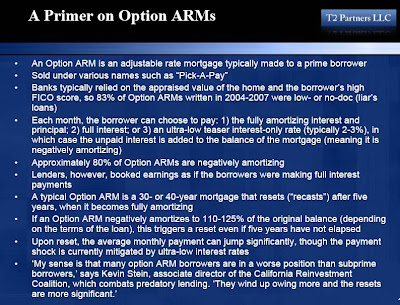 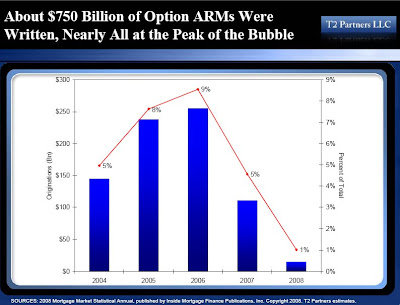 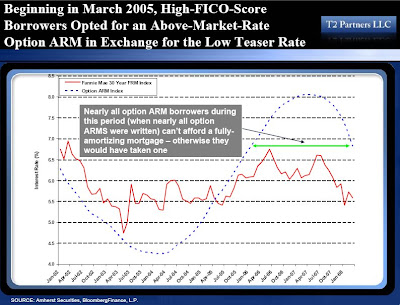 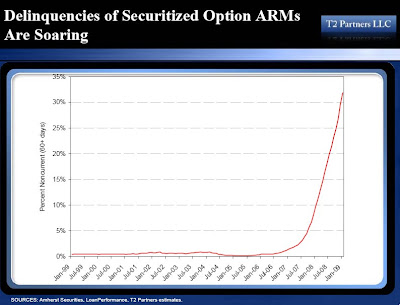 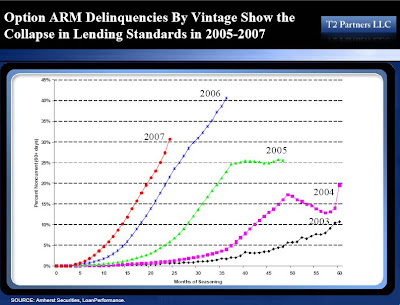 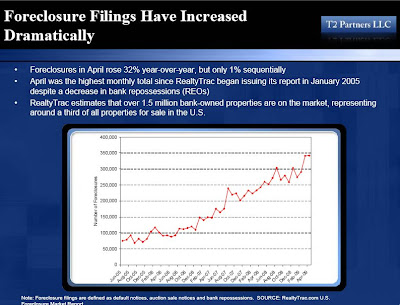 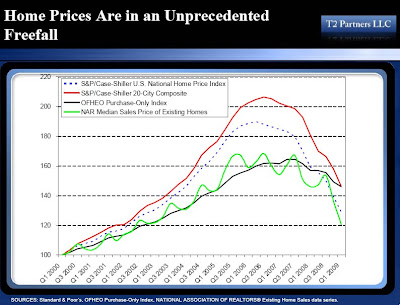 We appear to be a deflationary spiral: foreclosures are increasing, which continue to drive prices down, which turn more loans "underwater", which increase foreclosures. 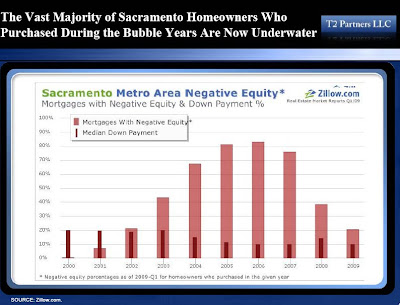 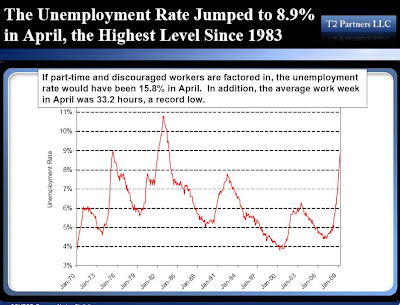 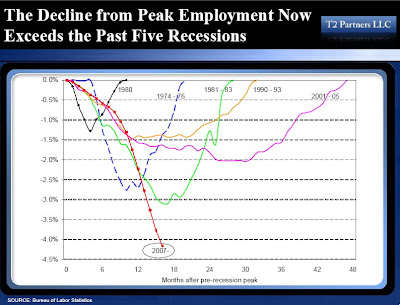 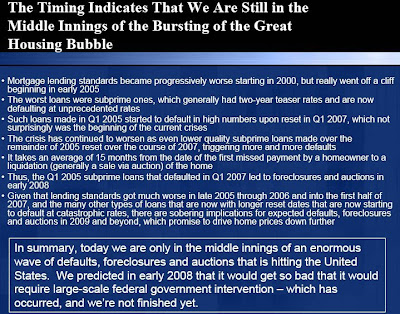 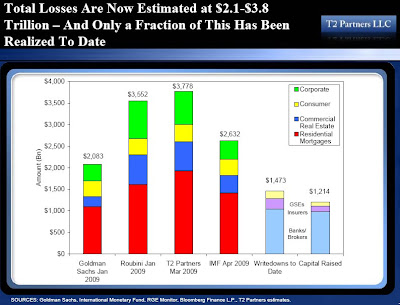 President Barack ("We're open to new ideas -- except ones that work") Obama could have blunted much of this mess with massive tax cuts. This would have freed up capital for investment, mortgage payments and the like.

But it appears that the President's ideology trumped common sense. And that is why T2 believes the economy will continue to deteriorate.

at 11:01 AM
Email ThisBlogThis!Share to TwitterShare to FacebookShare to Pinterest
Labels: Democrats, Economy, Obama