With a track record like this, it makes perfect sense for Obama to give the Fed sweeping new powers! 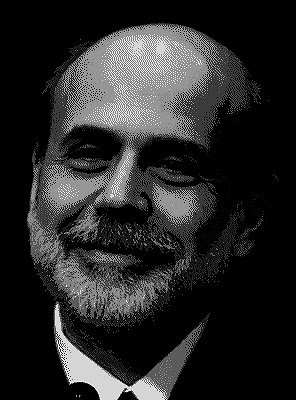 The Federal Reserve is arguably the most powerful agency of the United States government.

According to The Washington Times, the Fed would get "sweeping new authority to regulate any company whose failure could endanger the U.S. economy and markets under the Obama administration's regulatory overhaul plan."

To put some perspective on the administration's recommendation, Austrian Filter culled through two years of quotes.

Even more egregious than the crooked pipsqueak Chris Dodd -- who today slammed the very institutions he accepted donations and sweetheart loans from -- is Fed Chairman Ben Bernanke.

Consider the following quotes of Bernanke and SEC Hack Hank Paulson, who either completely misinterpreted the crisis or simply tried to fool the public before the implosion occurred.

In either case, they should both be disqualified from further service.

March 13th, 2007 – Henry Paulson: “the fallout in subprime mortgages is "going to be painful to some lenders, but it is largely contained."

March 28th, 2007 – Ben Bernanke: "At this juncture . . . the impact on the broader economy and financial markets of the problems in the subprime markets seems likely to be contained"

April 20th, 2007 – Paulson: "I don't see (subprime mortgage market troubles) imposing a serious problem. I think it's going to be largely contained." , "All the signs I look at" show "the housing market is at or near the bottom,"

May 17th, 2007 – Bernanke: “While rising delinquencies and foreclosures will continue to weigh heavily on the housing market this year, it will not cripple the U.S.”

July 12th, 2007 – Paulson: "This is far and away the strongest global economy I've seen in my business lifetime."

August 1st, 2007 – Paulson: "I see the underlying economy as being very healthy,"

October 15th, 2007 – Bernanke: "It is not the responsibility of the Federal Reserve - nor would it be appropriate - to protect lenders and investors from the consequences of their financial decisions."

February 28th, 2008 – Paulson: "I'm seeing a series of ideas suggested involving major government intervention in the housing market, and these things are usually presented or sold as a way of helping homeowners stay in their homes. Then when you look at them more carefully what they really amount to is a bailout for financial institutions or Wall Street."

February 29th, 2008 – Bernanke: "I expect there will be some failures. I don't anticipate any serious problems of that sort among the large internationally active banks that make up a very substantial part of our banking system."

June 9th, 2008 – Bernanke: Despite a recent spike in the nation's unemployment rate, the danger that the economy has fallen into a "substantial downturn" appears to have waned

July 20th, 2008 – Paulson: "it's a safe banking system, a sound banking system. Our regulators are on top of it. This is a very manageable situation."

August 10th, 2008 – Paulson: ``We have no plans to insert money into either of those two institutions.” (Fannie Mae and Freddie Mac)

September 8th, 2008 - Fannie and Freddie nationalized. The taxpayer is on the hook for an estimated 1 - 1.5 trillion dollars. Over 5 trillion is added to the nation’s balance sheet.

September 19th, 2008 – Paulson: "We're talking hundreds of billions of dollars - this needs to be big enough to make a real difference and get at the heart of the problem," he said. "This is the way we stabilize the system."

September 19th, 2008 - Bernanke: "most severe financial crisis" in the post-World War II era. Investment banks are seeing "tremendous runs on their cash," Bernanke said. "Without action, they will fail soon."

September 21st, 2008 – Paulson: "The credit markets are still very fragile right now and frozen", "We need to deal with this and deal with it quickly.", "The financial security of all Americans ... depends on our ability to restore our financial institutions to a sound footing."

September 23rd, 2008 – Paulson: "We must [enact a program quickly] in order to avoid a continuing series of financial institution failures and frozen credit markets that threaten American families' financial well-being, the viability of businesses, both small and large, and the very health of our economy,"

September 23rd, 2008 – Bernanke: "My interest is solely for the strength and recovery of the U.S. economy,"

So, yes, by all means: let's increase the power of Bernanke's Fed.

After all, what could possibly go wrong?

I think we need a Federal Credibility Reserve for these ridiculous talking heads.